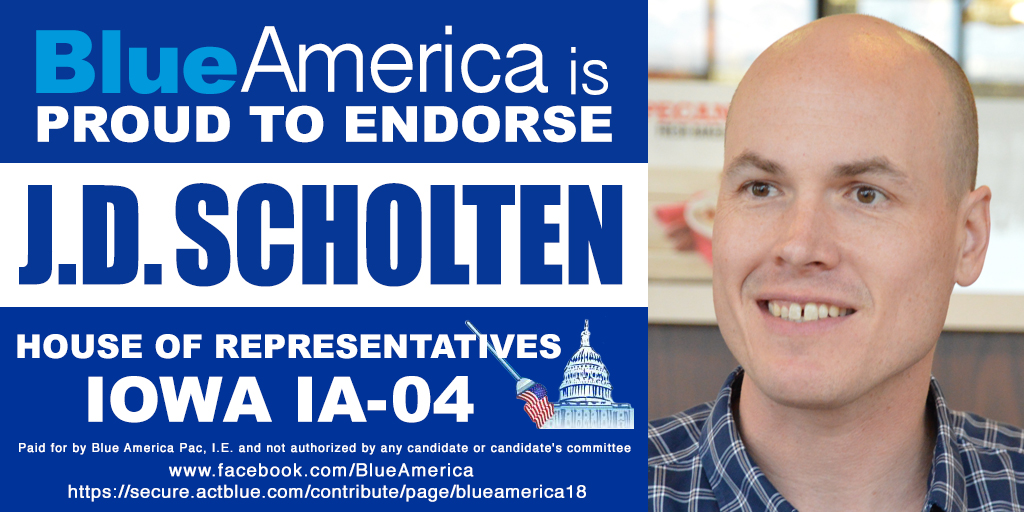 Steve King was once named “America’s Worst Member of Congress” — not because of all the disgusting and divisive things he says, but because of his ineffectiveness. In 16 years in office, he’s passed one bill– renaming a post office. Earlier this year, Rolling Stone named King one of the “Hateful Eight” most bigoted members of Congress. And if that’s not enough, King was also recently named one of the “15 Worst for Women” in Congress. The list of horrible things Steve King has said and done is endless.

But this post isn’t about Steve King, it’s about the man who’s going to beat him in November, J.D. Scholten.

When J.D. Scholten launched his campaign over a year ago, no one gave him much of a chance. A first-time candidate with no real ability to self-fund his campaign, J.D. looked like a longshot in a race against the high profile eight-term incumbent. But anyone who thought he didn’t have a chance hasn’t met J.D. A former minor league baseball player, Scholten is as competitive a person as you’ll ever meet– and a classic team player. As he said in his first big speech after kicking off his campaign last year, “Youthful stubbornness, an athlete’s energy, and a passion for helping others are a dangerous combination.” Dangerous for Steve King and his own peculiar brand of bigotry and ego-centricism.

Scholten has focused that energy and passion into his campaign; in a geographically huge district, J.D. spends nearly every day crisscrossing the district’s 39 counties. He put 35,000 miles on his car, and then, as he says, “People didn’t notice me when I came into town, so I upgraded!” He now drives in, works from, and often sleeps in, a 29-foot RV with his campaign logo plastered on all sides. He stops at the small towns most people usually just drive by. He’s made it his mission to get out and talk to the voters, to gain their trust, and to earn their votes. He spends every day talking to anyone who will listen about his campaign motto of “Standing Tall for All,” a motto that isn’t really about him being 6’6”, but about standing up for a healthcare system, an economy, and a government that works for all of us. He’s turned a progressive message into a populist rallying cry, and people are responding, eager for a representative that cares more about building the district’s future than dividing it apart. 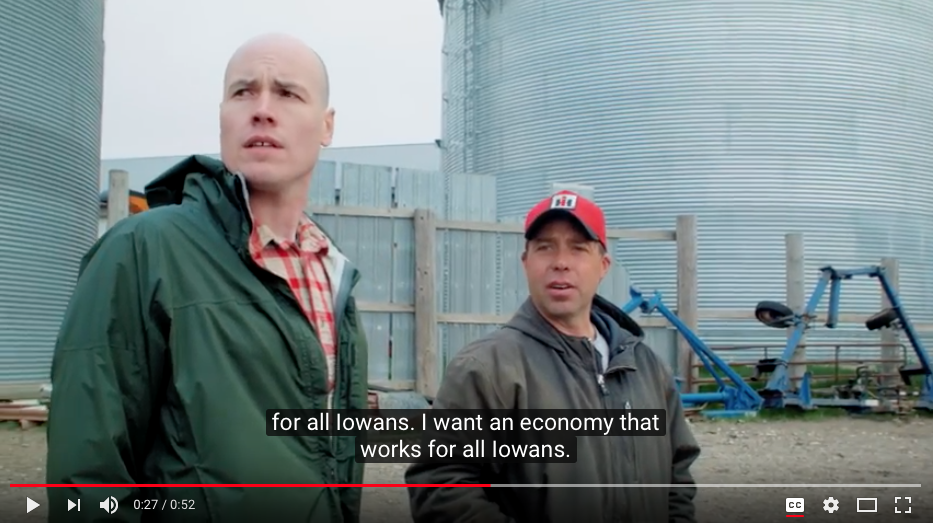 When the final quarterly fundraising reports of 2017 came out, most were shocked to see that Scholten had actually out-raised Steve King.

This caused the Cook Political Report to declare Steve King’s seat “at risk.” Most impressively, Scholten, who regularly talks about getting big money out of politics, has done all this while refusing to accept corporate PAC money (Steve King receives 30% of his donations from corporate PACs). Also of note, in each of those quarters, he’s received contributions from every county in district AND every single one of the 50 states. With nearly 13,000 individual donors and an average gift size of less than $20, Team Scholten is creating a true district-wide, statewide and nationwide grassroots movement to “Dethrone the King.”

Over the past month, Larry Sabato’s Crystal Ball, Inside Elections, and the Cook Political Report have all shifted the rankings in this race, moving it out of the “Safe Republican” category. Just as Blue America has, national groups like MoveOn and Our Revolution, have now endorsed J.D.

And as Scholten likes to say on the campaign trail, “Tell me this race is unwinnable, tell me Steve King is unbeatable, and that only adds fuel to my fire!”

When J.D. Scholten launched his campaign over a year ago, no one gave him much of a chance; far fewer people in the 4th district are doubting him now.

How Bad Is Your Average Corporate-Owned Democratic Politician?

I do not think it is too radical an idea to say that keeping teeth in your mouth should not be a luxury. Medicare must be expanded to include dental care, eyeglasses, and hearing aids.

This oped by @BernieSanders convincingly argues that the key to America's efforts to promote democracy abroad is first getting our shit together back home. We need to show, not tell, that our system is better: https://t.co/gggumXRyPe pic.twitter.com/MESZNSMk0G