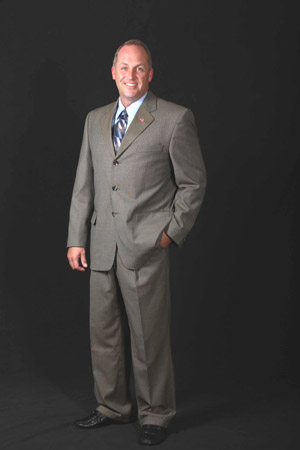 In 2008 Doug Tudor was the Democratic nominee in an impossible race against an entrenched, powerful incumbent, multimillionaire Adam “Howdy Doody Nimrod” Putnam. An outspoken grassroots progressive, Doug ran without the backing of the DCCC and with the animus of the Florida powerbroker Debbie Wasserman Schultz. And yet… Doug did as well against Putnam as any of the losing Democratic candidates– other than Joe Garcia– that the DCCC and Wasserman Schultz did back. Conservative Democrat Christine Jennings got boatloads of DCCC-inspired cash and wound up with 37% of the vote. Conservative Democratic incumbent Tim Mahoney, a Rahm and Debbie special, raised over $3 million and barely managed to break 40%. And although the netroots had to force Wasserman Schultz’ hand, she eventually backed Annette Taddeo and Raul Martinez– with hundreds of thousand of dollars– and each got 42% of the vote on election day. Doug– with nothing but grassroots support– and a budget of $109,851 (against Putnam’s eye-popping $2,054,571) wound up with 43%. Imagine if he had had Democratic Party support! (As Chris Bowers reported yesterday, the DCCC spent over $14 million on Blue Dogs and other conservatives who vote against Democratic initiatives as a matter of course.)

Well, with Putnam leaving Congress in the hopes of plaguing Florida consumers on the way to a gubernatorial run in the future, the DCCC did decide to pump some money into FL-12, but instead of helping Doug, they got railroaded into backing Blue Dog Allen Boyd’s handpicked corporate shill– and fellow Blue Dog– Lori Edwards. Lori is the only non-incumbent Blue Dog that caucus has backed so far this cycle. They gave her a lot of money and introduced her to all the worst and most corrupt corporate lobbyists who buy votes from congressmembers with no ethics and then claimed they had to endorse her because she has so much money and Doug doesn’t. (She’s taken in an unimpressive $176,451 so far and has virtually no backing on the ground.)

Today Doug is being officially endorsed by Blue America and he will join us for a live blog session at Crooks and Liars at 2:30pm (11:30 am, PT). Last week, after his first debate with Lori Edwards, I made a case for his candidacy here but today we get to hear directly from Doug why he deserves support from the progressive community.

Doug’s military record is a real inspiration, even for an old peacenik like myself, and I urge you to look it over carefully to help you gage what kind of a man we’re talking about. But what has brought him to Blue America’s attention is where he stands on the issues that are most important to us. Like I said, he’s happy to answer questions on all the issues we’re concerned with. Here are some direct quotes Doug has given me in interviews over time:

On the Economy: “During the worst economic crisis since the Great Depression, the federal government has to take the lead. Now is not the time to limit spending nor is it the time to talk about reducing the debt created by 30 years of Reaganomics.”

“The Federal Reserve needs to be audited, and the Congress needs to fully assume its role as the overseer of the Executive Branch’s regulatory functions.”

“I support reinstating Glass–Steagall provisions which prohibit banks from owning other financial companies.”

On Iraq: “It’s way past time to declare victory and come home. Like most things the Bush Administration did, the mantra of “We’ll stand down when they stand up” is absolutely backward. The Iraqi government will stand up once we stand down. Bring the troops home now.”

On Energy Policy: “People need to understand that America’s reliance on fossil fuels is a national security issue, where countries hostile to America can control our ability to determine our own future. Renewable and clean energy will allow us to control our own destiny, as well as creating innumerable jobs and supporting industries.”

“I support Cap and Trade, and I am not afraid to call it Cap and Tax. I believe we need to Cap (limit) carbon emissions and Tax (fine) polluters. If someone pollutes by littering we fine them. Why shouldn’t we do the same with industry and other major polluters?”

On Equality: “I support marriage equality and the Employee Nondiscrimination Act. I would advocate to rescind and vote to rescind Don’t Ask Don’t Tell and the Defense of Marriage Act.”

Doug is a state leader of Operation Free, an organization of veterans who have been emphasizing the relationship between unsustainable energy and environmental policies and unjustifiable wars. Take a look and please consider making a contribution to Doug’s campaign here:

Men should not attempt to overthrow elections. https://t.co/CKw8HHDesL

The Supreme Court will soon decide whether the "independent state legislature theory" holds up in court, which could undermine all federal election laws. @DavidPepper reveals what's at stake. https://t.co/DppvoKKkb6