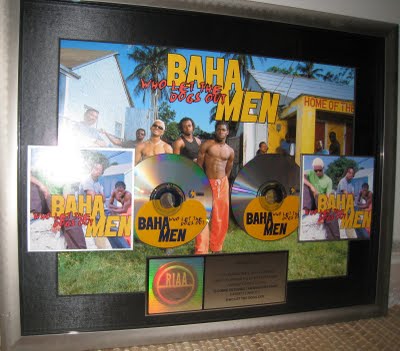 Who Let the Blue Dogs Out? (Woof!) It was Rahm Emanuel, as everyone knows. Well, the Blue Dogs have now joined with K Street lobbyists to set up a shop that promotes their half-witted ideas.

Blue Dogs are often most reviled for crossing the aisle and voting with Republicans on key issues like healthcare reform and financial reform. Last November, when 39 Democrats voted against healthcare reform, for example, 25 were Blue Dogs. And when the reconciliation changes came to the House March 25, and 32 Democrats voted with the GOP, 25 were Blue Dogs.

Next week it will be one year since the House passed a hate crimes prevention bill that included the LGBT community. Seventeen Democrats crossed the aisle of bigotry and voted with the Republicans.

…yesterday six of the most notoriously corrupt K Street lobbyists, including conservative ex-congressmen Bud Cramer (AL) and Charlie Stenholm (TX), formed a new corporately oriented anti-family organization called the Blue Dog Research Forum. Their goal will be to continue pressuring the Democratic caucus to move farther and farther right and to give up on ordinary working families and accept GOP and Big Business guidelines when formulating legislation.

In a letter to Rep. Stephanie Herseth Sandlin (D-S.D.), who co-chairs the Blue Dog Coalition, Cramer and Stenholm wrote that they were establishing the organization to “ensure there will always be a forum in Washington to mark that middle ground when it comes to issues affecting the country’s fiscal health.”

The group’s goal is to be an incubator for policy ideas affecting the economy, such as energy, health care, tax policy, national defense and entitlements.

The research forum takes its name from the 54 fiscally conservative Democratic Members who have emerged as a powerful voting bloc on major legislation, but no current lawmaker has been involved in setting it up, according to Cramer, an original Blue Dog and president of the new research forum.

“They actually legally cannot dictate control or dominate what happens here,” Cramer said. “We can involve them. We can involve any Member in the policy forums we will carry forward, and we hope to be able to do that.”

However, as the lobbyists quietly set up the organization over the past several months, they have kept Blue Dog leadership generally informed. And Cramer, who now lobbies at Wexler & Walker Public Policy Associates, said the Members have been supportive so far.

Blue America set up an ActBlue page a while ago called BadDogs, which is there to support progressive primary challengers against Blue Dogs. And now we’re running a contest for anyone who donates to the BadDogs page.

Blue America has a fundraising campaign devoted to ousting these Bad Dogs and Howie has made an offer you can’t refuse:

Today, in honor of the attempt by some of the shadiest lobbyists on K Street starting a new Blue Dog think tank to push the Democratic House caucus even further right and to divorce it entirely from the interests of ordinary working families, Blue America is going to give away a genuine RIAA-certified double platinum record award for “Who Let The Dogs Out?”

The award, which of course, can’t be purchased, was given to a Baha Men supporter who gifted it to the Blue America PAC to be used to help raise funds to rid America of the scourge of corporate-oriented conservatism inside the Democratic Party. “We already have a Republican Party for that,” explained a Blue America spokesperson. “Shouldn’t the Democratic Party represent regular working families who don’t hire lobbyists and spend millions of dollars to shape legislation to rip the rest of us off?”

Blue America answers, double yes on that rhetorical question and is offering the double platinum award today. Actually tomorrow morning there will be a drawing among all donors to the Blue America Bad Dogs page on ActBlue. To qualify all you have to donate is $1.00 at this website

The contributions can go directly to progressive candidates Regina Thomas, Marcy Winograd or Doug Tudor, all fighting reactionary Blue Dogs– respectively John Barrow, Jane Harman and Lori Edwards– with strong ties to unsavory corporate lobbyists. Or the donations can go into the Blue America PAC where it will be used in efforts to defeat Blue Dogs in primary elections.

You can join the drawing here.

I don’t know about you, but I’m sick of Blue Dog Democrats standing in the way of real progress and supporting the GOP and Big Business over working-class families in America by lying and calling their bloc “centrists”. Nonsense. They are conservatives. And as you would imagine, the southern Blue Dogs are the very worst. Please join in the contest.