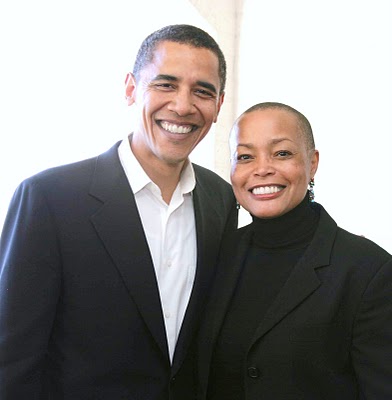 The U.S. Senate would have been considerably less reactionary– and less a vehicle for wealthy and corrupt corporate interests– but Blanche Lincoln won a close reelection race last night. There isn’t a lot we know about Bill Halter and I doubt he would have turned out to be some kind of a progressive knight in shining armor but there is one thing we do know about him: he’s not Blanche Lincoln. His first priority was never going to be to kill the Estate Tax or try to undercut Democrats at every turn– from Social Security and health-care reform to Employee Free Choice. Lincoln has had a disgraceful and hackish career even when she was just a slimy Blue Dog in the House using another name (Blanche Lambert). Watching her seamlessly transition to K Street would have been more than natural. But, alas, she’ll still be forcing the Senate Democrats to water down every bill and make each even less family friendly and more in line with her corporate donors’ avaricious self interest. Unless– as is very likely– she loses in November to corporate shill GOP slob John Boozman.

There was some excellent news out of Arkansas as well. Proven progressive leader Joyce Elliott beat conservative hack Robbie Wills in the second C.D. (Little Rock) and will now face Karl Rove crooked protege Tim Griffin. Please give her a hand (and whatever you can afford). She’s a Blue America endorsed candidate and you can donate here. She’ll need the help. If she wins in November she’ll be the first African American elected from Arkansas since the mid-1800s.

But there’s no getting around the tremendous loss last night in California’s 36th district, where voters decided to give reactionary warmonger Jane Harman another term instead of doing the sensible thing and electing Marcy Winograd. We’ll just have to learn to fight harder and smarter.

But primary season is far from over and there are still plenty of messages Inside-the-Beltway Democrats need to hear. The next key races coming up to focus on are the North Carolina Senate primary that pits progressive champion Elaine Marshall, the front-running, against an ambitious but unaccomplished empty suit being pushed by Bob Menendez. That comes up June 22 and yesterday Durham Mayor Bill Bell endorsed her. This past weekend the National Federation of Democratic Women announced she has been selected as the Outstanding Democratic Woman Elected Official for 2010. Former opponent Ken Lewis, the guy who came in third, not only endorsed her — he joined her campaign as chairman! Please consider adding your support here.

That same day, the 22nd, Utah Democrats have the most exciting and meaningful primary they’ve had in my memory when progressive champion Claudia Wright faces struggling Blue Dog incumbent Jim Matheson. Matheson has asked the voters to look at his record and she is responding to that challenge.

“Matheson has shown little if no leadership in his 10 years in office and the Second District deserves better” Claudia told us. “I believe he voted for the repeal of DADT simply due to the fact that I am in this race… [and] the fact that he attended the Grand Marshal Reception for Pride the weekend, something he has never done, shows he is pandering the base.” Matheson appeared like a fish out of water at the reception unable to interact with anyone there. He left before the annual Pride Awards were presented and skipped the actual parade at Washington Park entirely. Claudia was given the opportunity to address Pride, and took part in the Pride Parade and was welcomed with rousing applause at every turn.

“I also question the timing of his introducing the two wilderness bills this last month, one of which trades land destroyed by off road vehicles and snowmobiles at the Snowbird Ski Resort for pristine wilderness.” she said. And at a press conference on Monday, she questioned his statement last week “that we need to look at safety issues when it comes to deep water oil rigs,” as too little too late. “He has been on the Subcommittee for Energy and Environment for ten years, where has his leadership been?” Energy companies know exactly where– and have been very grateful.

Following a successful fundraiser Monday evening, Claudia is now heading out on her Wright Way Tour throughout the sprawling Second District to meet with voters and tell them of her pledge to revisit them each month from DC to share ideas and issues with them, something Matheson doesn’t seem to believe it– and certainly doesn’t do.

And that brings us to July, a month with two important races for anyone interested in taking the Democratic Party back from corporately funded conservative Blue Dogs. Both races pit proven progressive state legislators against 2 of the most reactionary Democrats in Congress, John Barrow and Dan Boren. In GA-12 we see a re-match with former state Senator Regina Thomas, except this year Barrow doesn’t have the support of President Obama like he did when he lied his way back into office in 2008. Although Barrow is running a well-financed media campaign, Regina has a grassroots operation and the power of constituent rage over Barrow’s attempt to undermine health-care reform and other initiatives backed by President Obama and the constituents who Barrow has routinely ignored in favor of his country club friends who vote for the Republicans anyway.

The following week (July 27) anti-health care fanatic Dan Boren is facing Oklahoma state Senator Jim Wilson, a health-care reform champion. It is also a classic battle between an outrageously corrupt and entrenched incumbent and a reform-minded clean-government type. Like Matheson, Boren has wormed his way onto natural resources committees where he’s in line to get tremendous bribes — disguised as campaign contributions (he’s the #1 House member, including Republicans, on the payroll of Big Oil in this cycle!) — and sabotage effective regulation of the predatory corporate instincts of his paymasters.

You can help us defeat Matheson, Barrow and Boren– and replace them with Claudia Wright, Regina Thomas and Jim Wilson– at Blue America’s Blue Dog page.