Raul Grijalva has your back on foreclosure fraud. Will you have his on November 2nd? 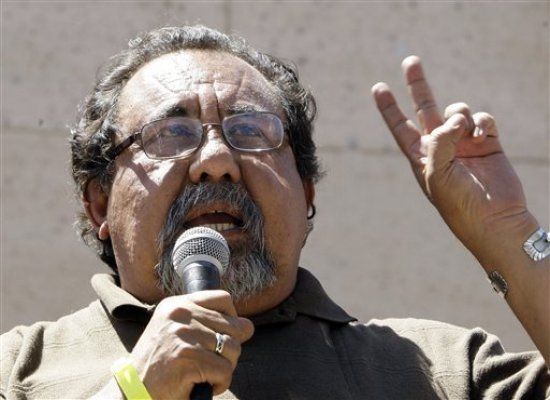 “I’ve said it before, and I’ll say it again: Mortgage reform is not a second tier or niche issue. The economy we’re facing now is in part a direct result of the housing collapse brought on by predatory lending and irresponsible policies. I’m proud to have voted for the Wall Street Reform and Consumer Protection Act, which clamps down on these abuses, and will continue to fight for homeowner protections as long as I’m in Congress.” — Raul Grijalva

Raul Grijalva has been speaking out early and often about the greatest banking fraud scandal in American history. Unlike virtually every national Republican, he and other fighting Democrats came out swinging against these fraud merchants from the moment it became clear that banks and mortgage companies were so corrupt and inept that they were foreclosing on homes they didn’t even own. (That’s also known as stealing.)

His Republican opponent Ruth McClung will never stand up to these interests. Helping average people fight against powerful corporations goes against everything she believes in. After all, she belongs to a party that has been struck dumb in the face of this massive foreclosure fraud, so compromised by their ties to big business and Wall Street that they can’t even speak up for average Americans whose homes are literally being stolen out from under them.

Progressive Democrats like Raul Grijalva are the ones out in front, asking for answers, demanding accountability while Republicans are doing everything they can to protect the banks.

You can donate to his campaign to help him fight the good fight, here.