Are Blue Dogs Boehner’s Ace In The Hole Against Teabagger Defections In His Own Caucus? 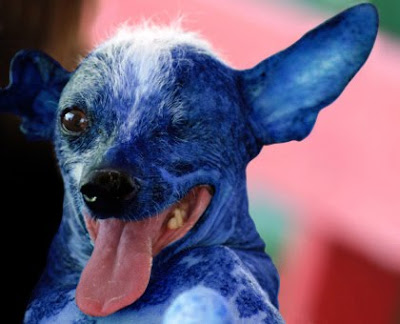 It shouldn’t surprise anyone that the corporately funded– albeit greatly shriveled– Blue Dog caucus is working with Wall Street shills John Boehner and Paul Ryan to shred the social safety net for the poorest Americans. This week, after Heath Shuler– one of the Blue Dogs who has voted more frequently on substantive issues with the GOP than with the Democrats– went on another of his whiny attacks against Nancy Pelosi, the most corrupt member of the Blue Dog hierarchy, Mike Ross started publicly hinting the Blue Dogs are going to join the GOP jihad against the middle class.

The Blue Dogs were decimated in the November elections as Democratic voters sat on their hands and helped defeat over half the caucus. They lost another member yesterday when California conservative corporate shill Jane Harman announced her retirement from Congress. Among the Blue Dogs defeated in November were many of the ones who voted with Boehner as a default position– slimy right-wingers like Jim Marshall (GA), Allen Boyd (FL), Bobby Bright (AL), Travis Childers (MS), Glenn Nye (VA), Gene Taylor (MS), Harry Mitchell (AZ), Frank Kratovil (MD), Walt Minnick (ID) and Lincoln Davis (TN). Most of the rest of the defeated Democrats were conservative Blue Dog allies like Michael McMahon (NY), John Adler (NJ), Suzanne Kosmas (FL), Ann Kirkpatrick (AZ) and Ike Skelton (MO). Blue Dog candidates for Senate like Charlie Melancon (LA) and Brad Ellsworth (IN) were soundly beaten and the House challengers backed by the Blue Dogs, like Lori Edwards (FL) and Chad Causey (AR) were all thoroughly thrashed by teabagger sociopaths running as Republicans.

Blue Dogs have an ace in the hole with former caucus member and new DCCC chairman Steve Israel– who has already been strutting around Washington declaring himself “Rahm without the filthy mouth,” meaning he’ll be doing everything in his power to keep progressives out of primaries while bolstering anti-Choice, anti-gay, anti-immigrant, anti-union conservatives like Ross, Shuler, Jim Matheson (UT), John Barrow (GA) and the rest of the Blue Dog left behinds. The Blue Dogs are raising a huge warchest from shady lobbyists and corporate sources with which to shoe horn conservatives into Democratic primaries, guaranteeing that voters have no choice between a conservative Republican and a conservative Democrat. Blue America fights that here and could use whatever help you can afford.

“One of the reasons we invited President Clinton was he had to work with Republicans after the ’94 election,” Ross said. 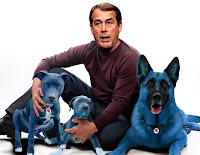 He said that even though the coalition lost half its members in the most recent election, it might have more clout this Congress.

That’s because Speaker John Boehner (R-Ohio) could have trouble winning the support of some Tea Party-backed freshmen. The Blue Dog Coalition could provide needed votes to move centrist bills through the chamber, Ross said.

“Blue Dogs have always been about bringing people to the middle,” Ross said. “If we can play a role … we are all about that.”

Coalition member Rep. John Barrow (D-Ga.) told reporters that the Blue Dogs would be looking to partner on ways to reduce burdensome regulations and lessen the negative impact of the Dodd-Frank financial reform act.

Blue Dogs are wrestling to find the right balance between cutting spending and investing to create jobs. Democratic leaders have argued that cutting $32 billion in spending this year could harm the economic recovery.

The Blue Dogs will be focused this year on restoring fiscal discipline while looking to “jumpstart our economy and put people back to work,” Ross said.

Clinton told the group that he believes government should foster innovation to provide the economy with a “new game-changer that creates new types of jobs,” Matheson said.

Ross is hoping to provide the votes Boehner needs when nascent shreds of populism pull teabaggers away from the anti-family, Wall Street agenda that is shared by the Blue Dogs and Republicans of the Boehner-Cantor-Ryan ilk, the architects and strong arms behind Bush’s TARP Wall Street bailout.