Healthcare, Not Warfare: A Cosmic Thing

You may have noticed that Blue America is trying to monetize rock’n’roll collectibles to help progressives stay independent of the two corrupt Inside-the-Beltway party machines. This week, PDA and Blue America have teamed up to mark the 12th anniversary of America’s violent involvement in Afghanistan by going after two senior Republican militaristic policy-makers who are dead set on extending the occupation of that country, House Armed Services Committee chairman Buck McKeon and House Budget Committee chairman Paul Ryan. Both espouse a radical Austerity agenda that cuts back on human needs for healthcare, education, infrastructure expansion, nutrition, basic research, etc while expanding military spending and continuing to cut taxes for millionaires and billionaires. And, shockingly, both have “free passes” to reelection from the DCCC.

Although Obama won both CA-25 and WI-01 in 2008 and is expected to win both districts in November by even greater margins, the DCCC would rather spend money to try to replace powerless backbenchers on the Republican side with conservative New Dems and Blue Dogs than go after key GOP policy makers and replace them with stalwart progressives, in these cases, Dr. Lee Rogers in California and Rob Zerban in Wisconsin. That doesn’t it well with us. 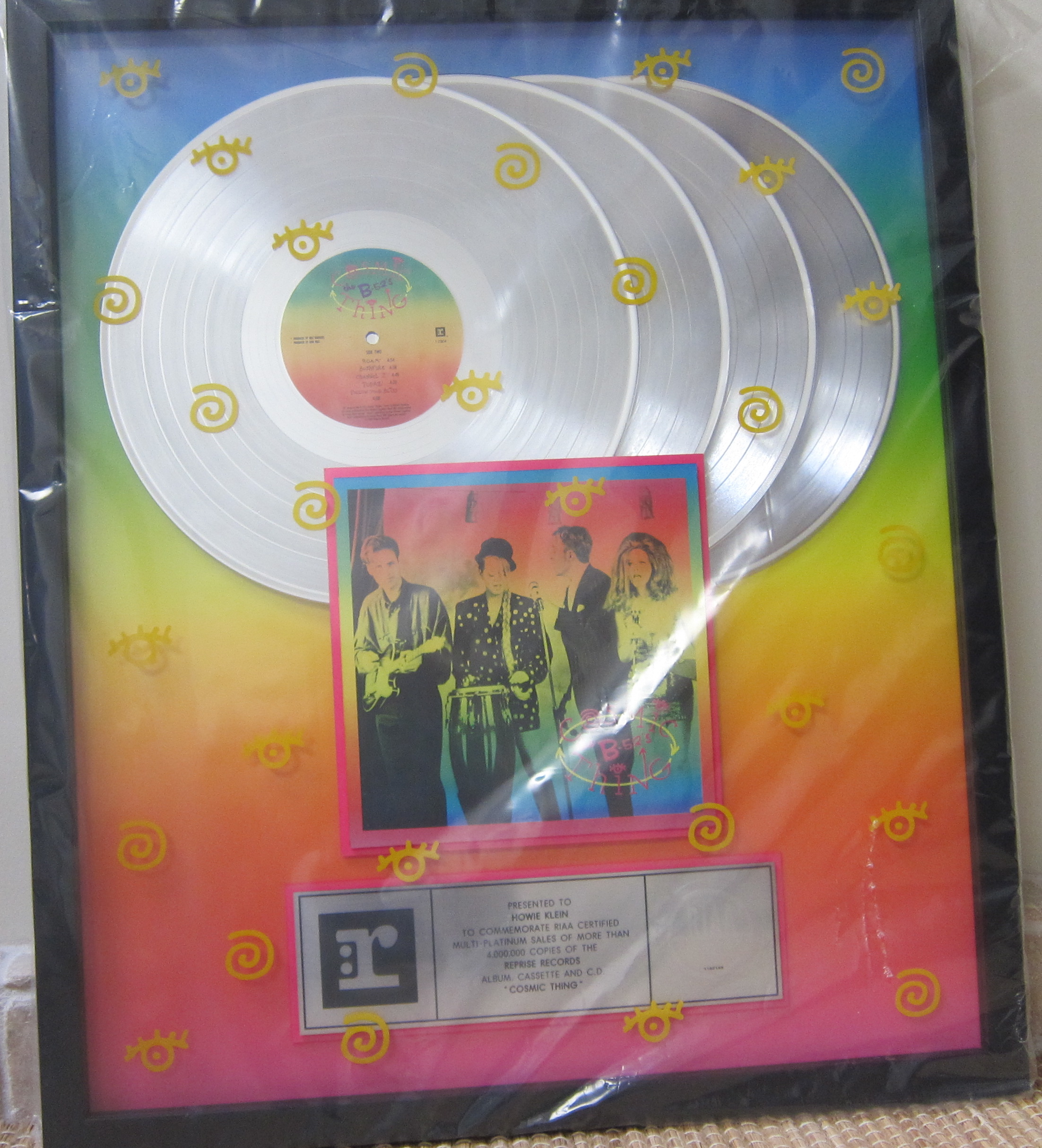 So… who remembers Cosmic Thing by the B-52’s? It was the band’s best-selling album and had two smash hits, “Love Shack” and “Roam.” When the 1989 blockbuster had sold 4 million copies in the U.S., their record company, Reprise, where I was working, celebrated by designing a spectacular, customized, RIAA-certified, quadruple platinum award. Only a few dozen were ever manufactured and it is extremely rare and collectible… especially for a B-52 fan. Do you know any? Christmas is coming up fast.

We’re going to pick one random person who contributes– any amount; no minimum– to Rob Zerban’s and Lee Rogers’ campaigns on this page: Healthcare, Not Warfare: A Cosmic Thing. And if you want to have a chance to win and can’t afford a contribution, just send us a note at P.O. Box 27201, Los Angeles, CA 90027 and tell us you want in and… you get a chance too.

Just got a Herschel Walker fundraising email two hours after polls closed, saying “We’re not out of the game yet.” The money goes to a high-dollar joint fundraising vehicle for multiple committees, and it can accept up to $526,800 per person. Only $2,900 can go to Walker. pic.twitter.com/vITtq79tT3

Men should not attempt to overthrow elections. https://t.co/CKw8HHDesL