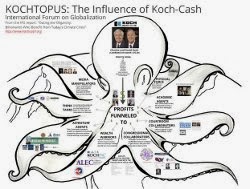 UPDATE: Thank you to all who participated. The contest had 945 people who donated something to either Alan Grayson, Lee Rogers or Blue America, for a total of $27,572.

Everyone who was randomly selected is very excited and happy to win their prize, which is one of four Joni Mitchell Prints.

At noon today (Pacific Time, so 3pm on the East Coast), Blue America will randomly select 4 “winners” of our Joni Mitchell drawing. It’s been a fun little “contest” and we managed to raise around $8,000 for Congress’ most essential Member, Alan Grayson, and another $6,000 for California congressional candidate with a similar progressive perspective, Lee Rogers. We feel good– and we feel grateful to the over 500 men and women who chipped in (here</a>. Thank you.

If you haven’t entered the contest yet, you have ’til noon at that link above. And if you want to contribute to Alan and Lee but have no interest in the contest, you’ll find them both on the regular Blue America page— along with all the other progressive House candidates we vetted so far this cycle.

But the real purpose of this e-mail is to remind you of what we’re up against– all of us.

The Koch brothers are already spending hundreds of thousands of dollars in Orlando to try to defeat Grayson with their regular complain of smears and lies. “Vicious, fraudulent negative ads. Money to burn. Who could that possibly be? Can you guess?” Grayson asked last week. And answered:

They own Koch Industries, which is one of the biggest polluters in America.

The Koch Brothers pledged and spent over $100 million in 2012, trying to defeat President Obama and the Democrats. That was roughly one one-thousandth of their wealth.

In 2012, their front group AFP printed 80,000 door-hangers to distribute in my district, condemning me for voting twice to raise the debt limit. I actually had voted twice against raising the debt limit – on the very bills that they cited. But the Koch Brothers don’t care. As far as they’re concerned, the truth is whatever they say it is.

Well, now they’re back, to try to beat me again. The ads in my district are paid for by the Koch front group “Concerned Veterans for America.” Virtually every nickel that the “Concerned Veterans for America” has to its name comes from a group called the TC4 Trust. And the money for the TC4 Trust comes from the Koch Brothers. The Washington Post and Open Secrets laid it all out, nice and neat, earlier this month. In a Washington Post article called “The Players in the Koch-Backed $400 Million Political Donor Network,” one of the “players” was “Concerned Veterans for America,” which “was funded almost entirely by TC4 in 2012.”
In the illustration above, Koch groups like this are called “Astroturf Agents,” “fake ‘grassroots’ groups to project an appearance of popular support for ideas and policies that benefit big corporations.”

Or is it all of the above?

Look, it’s clear at this point. Whoever ends up as the nominal Republican nominee in FL-9 this year is simply a placeholder. A proxy. A surrogate. It’s going to be me against the Koch Brothers.

As I explained yesterday, we need reach our voters, to dispel the Koch Brothers’ lies. And whether we do it through TV ads, radio ads, internet ads, mail or even yard signs, it all costs money.

This is serious. I need you to pitch in. Every dollar counts, because I count, and you count.

America in general seems perfectly fine with $7.25 an hour. It's like they don't know they can change it if they want. https://t.co/0L5Zfy5hsE

Of course, she did. I still want Joy Reid’s body language expert to weird in on this. pic.twitter.com/YlJZzd8pFO