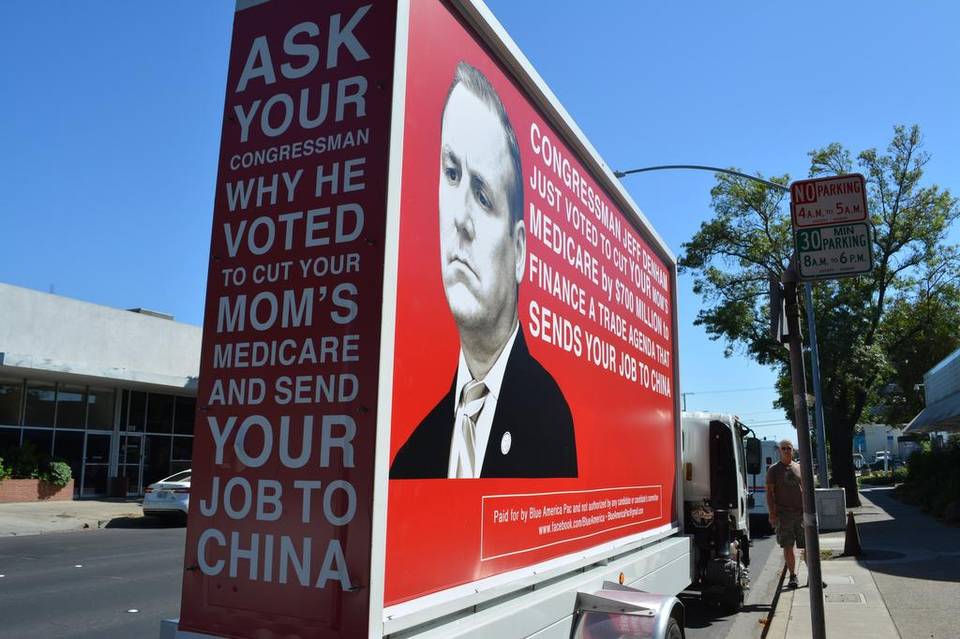 A friend of mine, Michael Stewart Foley, had an interesting way to start the introduction to his newest book, The Rise Of Front Porch Politics In America. It sounds like he’s talking about a bumper sticker, but what he’s really talking about is how politicians do everything they can to hide the simple facts from the voters. Nothing is ever clear Inside the Beltway.

Maybe you have seen it on America’s highways, a bumpersticker designed to prick your conscience” IF YOU’RE NOT OUTRAGED, YOU’RE NOT PAYING ATTENTION. A few years ago, that slogan most often appeared alongside an image of George W. Bush inside a circle with a line running through his face; these days, the face might be Barack Obama’s. It is an amazingly versatile phrase, equally at home on bumpers sporting Tea Party or Occupy Wall Street slogans. Over the years it has been marshaled in the service of many political causes, but it originated in the 1970s and 1980s, when Americans were notably outraged about a wide range of issues.

At the risk of over-thinking mass-manufactured protest items, I begin with the bumpersticker because it expresses a very particular and personal kind of passion and anger over the state of the union. “You’re not paying attention” means that you, individually, are ignoring things that should preoccupy, rankle and motivate you. The driver in front of you hopes to leave you thinking about who you are as an American, what you expect from your country and fellow citizens, and what you are prepared to do to get it. The point is to shake you from your reckless complacency.

Wednesday the U.S. Senate voted to press forward with the vile package of bills that make up the TPP. This is how the official Senate publication that makes it easy for citizens to track votes described the successful attempt to shut down the filibuster against the job-killing package:

On the Cloture Motion: Motion to Invoke Cloture on the Motion to Concur in the House Amendment to the Senate Amendment to H.R. 2146; A bill to amend the Internal Revenue Code of 1986 to allow Federal law enforcement officers, firefighters, and air traffic controllers to make penalty-free withdrawals from governmental plans after age 50, and for other purposes.

How many people do you know who would understand that the 60 senators who voted for it were voting for the catastrophic corporate trade agenda? Don’t worry; they’re not supposed to be able to figure it out. It’s supposed to be lost to history so the senators can be reelected when the results of their support for this tragic legislation kick in.

Blue America has been running a moving billboard campaign in two Central Valley congressional districts, CA-10 and CA-16, the former represented by Republican Jeff Denham and the latter represented by Blue Dog Jim Costa. Both are enthusiastic supporters of the reactionary trade agenda and both are mighty lucky that Congress has decided to write the laws in such a way that bribery in the form of “campaign contributions” is not considered bribery by the criminal justice system, a whole other deception worth taking time to think about.

Denham is well aware that his Democratic-leaning district would not put up with a $700 million Medicare ripoff to grease the skids of the TPP, so he tried to disguise his support. (Costa, who has no respect for the voters who have given him a comfy lifestyle, doesn’t care if the voters know what he did or not.)

Modesto Bee reporter Nan Austin asked Denham’s office for a comment on the rather blunt and unambiguous accusations against him that are being driven up and down CA-10 and into almost every city and town Denham represents.

The Denham camp called the signs “disingenuous and misleading.”

Blue America, however, stood behind the Blue America Pac political ads, saying the message referred to an earlier vote that included the Medicare cut. Denham voted against that portion of what was then a two-part package, but the group called that a slight of hand.

“Costa voted for both halves. Denham voted for one half. But the clear intent of the House Republicans was to pass both halves,” said a Blue America spokesman who would give only the pen name Gaius Publius. “Any vote for any piece was a vote for the whole package to succeed,” he said in a phone interview Tuesday.

If you’d like to help Blue America keep the truck rolling for Denham and Costa, here’s what you can do.