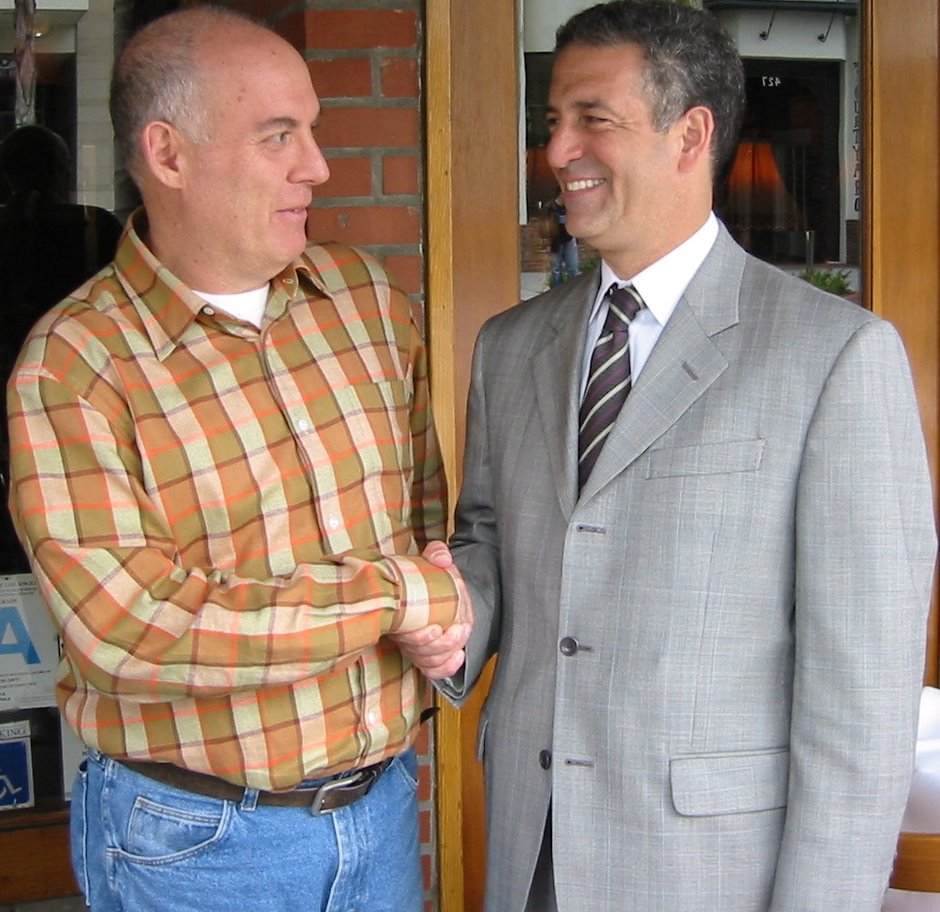 My name is Jacquie and I work with Digby, John and Howie at Blue America. Not sure I need to remind you (they’ve already started…) but you’re about to get bombarded with “urgent” (desperate) pleas for end-of-the-quarter contributions from the DCCC, the DSCC, the DNC, and candidates and incumbents far and wide. They use these letters to compile master lists of donors— since all those organizations sell and share their e-mail addresses with… anyone they want to. Let me assure you, we don’t.

Since Howie’s been writing about the process he’s going through fighting cancer we’ve had dozens of beautiful letters from Blue America members, many of whom wanted to know where to send flowers while he’s in the hospital. He says he’s very grateful for the warm wishes but he’s not allowed near flowers– not even dried ones– until his immune system in built back up again.

Howie asked me to suggest something else instead.

All of us were elated about the Supreme Court decision that came down Friday, putting the ultimate constitutional seal of approval on marriage equality. This year, as part of the Blue America candidate endorsement process we ask all prospective candidates about their public stand on LGBT equality, in terms of marriage, work, housing, discrimination. No candidate gets a Blue America endorsement who is wishy-washy or tentative about equality.

Another part of the screening process is gauging how dedicated candidates are towards protecting and strengthening the social welfare net conservatives have been shredding since Ronald Reagan was president. We look for candidates who fit in with the Elizabeth Warren/Bernie Sanders/Alan Grayson wing of the party; dedicated to expanding Social Security, strengthening Medicare and fighting for the legitimate interests of ordinary working families. Not one of the Blue America-endorsed candidates would compromise away the hard-fought gains that protect the elderly and the most economically vulnerable among us.

We strongly believe that our work here will eventually lead to having a real Congress that represents “We, The People.”

So… instead of flowers for Howie, how about considering helping one or more of the progressive candidates Blue America has endorsed for the 2016 cycle? These are dedicated public servants with vision, not self-serving careerists… and not near and dear to Big Business and Wall Street. Their campaigns are grassroots affairs and they are dependent on small donations to get their messages out.

You can find the whole list of our candidates here— there are only eight so far who have earned our endorsement. Please give what you can but remember what Howie always says: there is no contribution that is too small.