Who Decides Who The Candidate Will Be– Locals Or The DCCC? 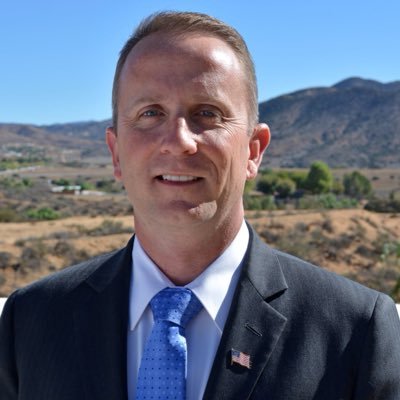 Just when we thought the DCCC was finally going to cave and support a real Democrat for Congress, they discovered yet another way to lose in California’s newly-blue 25th District. This time, it is Beverly Hills lawyer Brian Caforio, who has absolutely no idea what issues are even important to the people in the district. He lives in Orange County.

Instead of supporting Lou Vince, the grassroots-backed candidate who has been endorsed by the local Democratic clubs (as well as by Blue America), the DCCC has parachuted in a wealthy lawyer because he claims to be able to raise large amounts of money. Sounds like a perfect fit for Steve Israel’s DCCC. No surprise, when the DCCC hatched this scheme, they neglected to talk to a single local activist and unsurprisingly, this week, the Simi Valley Democratic Club and the North Valley Democratic Club, two of the largest clubs in the district, voted unanimously to endorse Lou Vince over Caforio, the DCCC having already pressured Maria Gutzeit to get out of the race.

Please help show the DCCC that they should be fighting Republicans, not progressive Democrats. To make sure Lou has the support he needs to win this June, every contribution made to Lou Vince’s campaign this week (up to $5,000) will be matched.

And, to add insult to injury, the “we don’t get involved in contested primaries” DCCC Western Regional Political Director actually sent Lou an email to say he was making calls to California Democratic Party delegates to encourage them to not submit their pre-endorsement ballots for Lou. He wants to be able to funnel DCCC money to Caforio and Lou winning the CDP endorsement would dash those hopes.

We at Blue America know that Lou is the best bet for taking the Simi Valley/Santa Clarita/Antelope Valley district. A police lieutenant and a veteran, Lou matches the profile of the district perfectly. The hard-working families of the area have already made it clear that they don’t like carpetbaggers. Last cycle, Tony Strickland outraised Steve Knight 5 to 1 and claimed he was the chosen one. Yet, Steve Knight trounced Tony Strickland in the general election because Strickland was a carpetbagger, just like Caforio.

The stakes could never be higher for CA-25. The Porter Ranch gas leak is inside the district and Steve Knight has been noticeably absent. Knight and his Republican Neanderthals want to do away with the EPA, the very agency that should have prevented this disaster. Rather than supporting an agency that keeps us all safe, Knight wants to get rid of it and allow corporations to self-regulate. I think we’ve all seen how well that has worked for Porter Ranch.

While Knight stays cozy in DC, the DCCC has scripted Caforio to hit the issue, claiming he cares about our health and the environment. Problem is, he doesn’t even know what the other environmental problems are in the area and there are plenty. In fact, Ed Begley Jr. and Climate Hawks Vote leader RL Miller, two of the most important environmental activists in California have endorsed Lou because of his environmental stances.

Yesterday Lou told us that:

“The 25th district has numerous environmental issues due to years of Republicans pushing through the agenda of the developers who bankroll their campaigns. The Porter Ranch disaster is just the latest case in a long line of environmental damage that needs to be undone. While Steve Knight continues to have a minimal visibility on the issue, another one of my opponents has been seeking to profit politically from the disaster. With no connection to the district at all, he believes that by snapping some pictures with an unpopular Congressman that he ‘knows’ the environmental issues. Yet, he hasn’t said a single word about the upcoming Chiquita Canyon Landfill Expansion, which will site the largest dump in the United States within 500 feet of an elementary school in a primarily Latino community. Where is Bryan Caforio on Chiquita? Where was Bryan Caforio 2 months ago? The answer is: ‘not in the 25th District.’”

If Bryan Caforio wins the primary, the DCCC will undoubtedly lose in the 25th District once again, a long pattern of bungling for them. It’s not often we have a candidate like Lou run for an office who could truly have a huge impact on the House floor. Having a former cop stand on the House floor and call for criminal justice reform would be a powerful ally for all progressives in the chamber. Not to mention having a Marine veteran calling for common sense gun measures. Lou certainly has the credibility to speak out on those issues.

This is our chance to get a true blue progressive in the House and show the DCCC that it is the grassroots that really matter and that they should start fighting Republicans, not progressive Democrats. That’s why we want to make sure Lou has the support he needs to win this June and why us here at Blue America have decided to “go all in for Lou.” We will be matching every contribution made to Lou’s campaign on this page this week up to $5,000.