We CAN Have A Better Congress– And We Need To 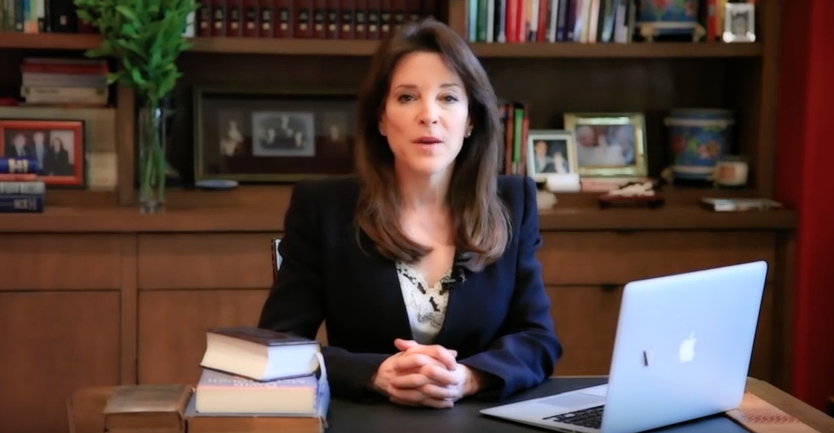 If yesterday’s results are indicative of what it expect in November, it looks like Americans will be, once again, asked to choose between 2 really awful nominees… another less-of-two-evils election that is sure to turn off millions of Americans and hold down voter turnout. Who the hell– other than what Trumpf calls his beloved “poorly educated”– voters wants to be culpable for the kind of endemic corruption that would be at the heart of either a Trumpf or a Clinton Administration? Is he so much more than she is? Sure. She’s the lesser of two evils, evil, but the lesser evil. Does that inspire you?

If you’ve been participating in the candidates progressive summit at SisterGiant.com, you’ve had a chance to meet candidates for the House and Senate who are not the lesser of two evils by any stretch of the imagination. Blue America and Marianne Williamson’s organization have put together an on-going forum in which participants meet the stalwart progressive public servants.

Tuesday there were live interviews with Rep. Keith Ellison (D-MN), co-chair of the Congressional Progressive Caucus; Joseline Peña-Melnyk (D-MD), a state legislator with a record of accomplishment and a vision for America going forward; and Mayor John Fetterman, the alternative candidate in the Pennsylvania Senate race. Before that– and still archived, of course– were sessions with Maryland state Sen. Jamie Raskin— whose video below I highly recommend– Tim Canova, the intrepid and courageous progressive in South Florida taking on Debbie Wasserman Schultz, the embodiment of the heart of darkness; Nanette Barragán, a small town mayor who took on Bill Oil and beat them and is now taking on the whole corrupt Democratic Establishment in Sacramento to keep a South Bay L.A. congressional seat out of the hands of the toxic special interests; Mayor Bao Nguyen, who, when elected from his Orange County district, will likely be the most progressive Member of Congress since 1950, when Vito Marcantonio left Congress; Washington state Sen. Pramila Jayapal, who has learned how to successfully build consensus around progressive values even in a legislature controlled by Republicans; Madison-based Rep. Mark Pocan (D-WI), the member of Congress with the strongest voting record of all; Alex Law, a millennial candidate willing to take on South Jersey’s venal and corrupt Norcross Machine; DuWayne Gregory, the presiding officer of the Suffolk County Legislature going up against entrenched neocon and Republican Peter King on Long Island; and fiery and dedicated Orlando Congressman Alan Grayson (D-FL), who has put his foot down against Wall Street’s attempt to replace Marco Rubio in the Senate with another of their puppets.

Last night in session 5, Marianne presented 3 progressive challengers to 3 Republican incumbents: Tom Fiegan, who is taking on Iowa obstructionist Chuck Grassely, the Senator and haughty Judiciary Committee chairman who has declared that there will be no hearings for whomever President Obama nominates for the empty Supreme Court seat; Paul Clements, an environmental activist taking on multimillionaire scion of a Michigan family that enriched itself by moving tens of thousands of jobs to Mexico and China, Fred Upton; and Angela Marx, a Washington state grassroots activist challenging GOP tool Jaime Herrera Buetler. 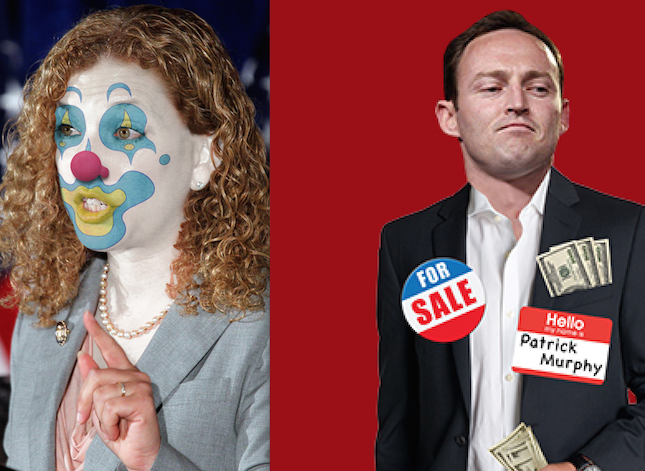 If you don’t vote in primaries, and “off years” you wind up with corrupt faux-Democrats like Patrick Murphy and Debbie Wasserman Schultz, two “New Dems” who are sponsoring a bill with the Republicans on behalf of the pay day lenders that would further debilitate Elizabeth Warren’s Consumer Financial Protection Bureau.

Wassermann Schultz’s support for the right-wing Republican position, he points out, “undercuts efforts by liberals in Congress to draw contrasts with Republicans on economic issues.” That’s the special role Wasserman Schultz and, even more so, Patrick Murphy and Kyrsten Sinema always take on. Wassermann Schultz has been walking around the floor of the House trying to sweet talk other Democrats onto signing on, lying to them about a bill she helped write when she was in the Florida state legislature for which she has been handsomely paid off by the pay day lending industry, calling her bill a “model” for the industry. Every single consumer group has lined up against Wasserman Schultz’s attempt to derail the CFPB’s work in this area, especially consumer groups that seek to protect the minority communities the Republicans, Wasserman Schultz and Murphy are targeting as easy rip-off victims.

The Consumer Federation of America, the NAACP, The National Consumer Law Center, The National Council of La Raza, The Southern Poverty Law Center and hundreds of others wrote a letter to every member of Congress in December urging them to oppose the legislation.

“The problem here is that Florida’s law is a sham,” says Gynnie Robnett, director of the Campaign to Stop the Debt Trap at Americans for Financial Reform. “It was backed by the industry.”

And by “the industry,” they’re including the crooked Members of Congress– Republicans and rogue Democrats like Wasserman Schultz and Murphy– who sell their services to the pay day lenders. Democrats have an opportunity to replace these corrupt conservative Democrats in primaries. Wassermann Schultz’s opponent this cycle is Tim Canova and Murphy’s is the indomitable Alan Grayson, both of whom are part of the Progressive Summit we talked about up top.

By the way, Congress writes the laws to explicitly exclude their own behavior from prosecution as bribery… even when the quid pro quo is as blatant as Wasserman Schultz’s is– not that she isn’t completely typical of all the corrupt conservatives in Congress. Happy payday lenders have given her $68,000 in legalistic bribes since 2006, including $5,100 so far in 2016. She belongs in prison, not in Congress. Last night most Republican primary voters gave a big middle finger to their party’s corrupt establishment. Last night most Democratic primary voters gave a big wet kiss to their party’s corrupt establishment.

This is exactly the kind of issue that incenses Canova, who emphasized to Democrats in Broward County that “loan sharks should feel right at home in the party of Donald Trump, but con artists should have no place in the Democratic Party. Yesterday, he told his supporters that “predatory payday lenders stepped in to profit during the financial crisis. They targeted poor communities– and people without access to credit from banks– by offering them short-term loans at sky high interest rates. On an annual basis, these companies charge late fees and rates as high as 300 to 400% and many companies have even charged up 1,900% interest on loans, which is obscene. Worse, they target people– particularly people of color– who are unable to pay the loan back. If they fall behind, they are offered another payday loan to help cover the cost of the prior payday loan, with fees and percentages get higher and higher, trapping them in an process that never ends. 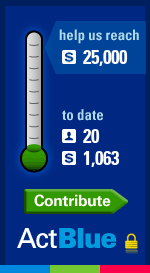 I have pushed for regulation of payday loan companies my entire career as a law professor and political activist. I worked with Senator Bernie Sanders and his staff on provisions in the Dodd-Frank Wall Street Reform Act of 2010, and I was heartened when Congress created the Consumer Financial Protection Bureau (CFPB) to do just that– to provide some basic minimum standards in payday loans to prevent the poorest and most vulnerable among us from getting ripped off and trapped in a downward cycle of debt. This is a reform that has been championed by Senator Elizabeth Warren and supported by President Obama. So why, then, is my opponent– Debbie Wasserman Schultz– introducing legislation in Congress to deregulate an industry that is already profiting from ripping off millions of Americans? Why is she fighting against Elizabeth Warren and the Consumer Finance Protection Bureau, who are attempting to protect our neighbors from the worst abuses by payday lenders? The answer is simple: Debbie Wasserman Schultz has been taking millions of dollars from the same corporate interests that profit from payday loans. She recently reversed President Obama’s long-standing ban on corporate lobbyist donations to the Democratic National Committee (DNC), opening the door to influence peddling by the payday loan industry. Not only is Wasserman Schultz carrying water for an industry that is actively defrauding poor communities out of millions of dollars– one company recently was forced to give $19 million dollars back to customers in illegal overcharge payments– but she is actively convincing Democrats in Congress to do so as well. Which party does she lead again?

Today (Thursday) Marianne will sit down for sessions with Lou Vince (CA-25), Pat Murphy (IA-01) and Diana Hird (NY-18), each of whom is being opposed by the DCCC and the DC Establishment Democrats— and each of whom has to fight off a challenge from a Republican-lite fake Democrat before going to battle against the real Republican. Please check out all the sessions here and please consider contributing to the candidates who most appeal to you here.

And, one more thing… in Ohio, the Democratic Establishment has a tired old conservative candidate, Ted Strickland, running against progressive Cincinnati Councilman PG Sittenfeld. The winner of their March 15 primary gets to take on right-wing Republican and Trumpf-defender Rob Portman. Sittenfeld can beat him; Strickland will get slaughtered. Since Strickland is too scared to publicly debate, please watch the video below at the Cleveland Plain Dealer’s Editorial Board endorsement interview. (This week the Plain Dealer endorsed Sittenfeld, pointing out that his “dynamism would give Portman a real race, the kind Ohio voters deserve.”)