History Will Remember The Voices of Resistance 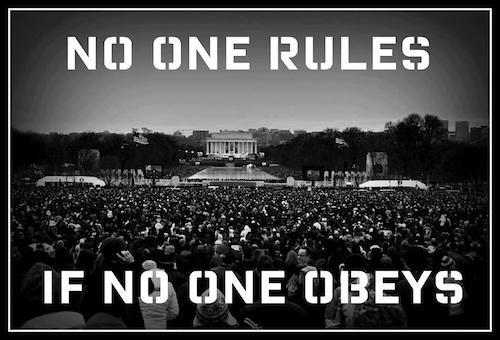 As you know, millions of ordinary Americans in every part of this country– red states, blue states– are resisting the authoritarian, even fascist, impulses of the new Trump-Bannon-Pence regime. And, so far, that resistance has scored some remarkable victories– above and beyond February 12th’s planned event in Chicago where hundreds will show up to “moon Trump Tower” at 4pm– Operation “Kiss Our Asses, Release Your Taxes.”

An effective boycott coupled with widespread protests led to Uber’s CEO dropping out of a Trump advisory council and pledging $3 million and immigration lawyers for its drivers (after 200,000 Uber users dropped the app) and Lyft responded by giving a million dollars to the American Civil Liberties Union to help fight the illegal Trump/Bannon immigration ban. The Resistance made a massive difference to the ACLU, which normally raises 3-4 million dollars a year and took in $24 million in just one weekend of protests!

Meanwhile Obamacare (the Affordable Care Act) has become more popular and respected than ever before, enrollment ads are airing despite Trump’s initial orders to take them down and despite ugly Republican efforts, Obamacare had enrolled 9.2 million people before this year’s application deadline.

The Health and Human Services, EPA, US Department of Agriculture gag orders were lifted due to tremendous protests and pressure from the public and from members of Congress standing up to Trumpist bullying.

So far, 800,000 scientists have signed up for a march in support of science and against the dangerous “climate change” denial-ism led by crackpots like Lamar Smith (R-TX) and Trump himself. Renewable energy is growing despite Trump– and is likely to continue to do so.

Reports have been flooding in from everywhere that more and more people of different career/religious/economic/ethnic/gender backgrounds are considering running for political office than ever before. And Reproductive rights activists are pushing for protection at state level.

Trump’s approval ratings are the lowest of any president in history at this point in his term. An unprecedented 40% of Americans would already like to see him impeached! And efforts are underway! Governors, state attorney generals, mayors and local officials are standing up to Trump and his toxic agenda and authoritarian policies. Please consider showing the real leaders in Congress that we have their back when they do the right thing and RESIST.

This week, two reporters from entertainment-oriented magazines called to ask me about the effectiveness of popular culture protests against Trump and his policies. Expectations are building for The Grammy Awards shows. More and more artists have been  writing and recording anti-Trump songs. High profile athletic teams– and many others– are joining the effort to boycott Trump hotels and his other businesses. Nordstrom and Neiman Marcus dropped Ivanka Trump’s fashion collection, citing the brand’s poor performance. And this weekend, theaters are absolutely packed with viewers of the just-released and  extraordinary documentary on James Baldwin, the must see film, I Am Not Your Negro, which is the latest asking us to face the racism that continues to plague the heart of America.

Yes, these are dark times and, don’t let anyone tell you that the threats aren’t colossal. While more resistance and creative forward-moving strategies will be needed, sometimes we have to celebrate our wins. We have to stay vigilant, and seriously take care of ourselves and each other. Activist burnout is a real thing. This is a marathon, not a sprint.

Give thanks for all the others– known and unknown– who are shoulder to shoulder with us in this fight. This weekend Blue America has put up a new ActBlue page dedicated to members of the Senate and the House who have been most forceful and effective in their resistance to Trumpism— from Luis Gutierrez, who started the move to boycott the inauguration, something that almost 80 Members of Congress did—- to Bernie Sanders, Elizabeth Warren, Ted Lieu and Jerry Nadler challenging Trump’s and the GOP’s attempts to push their disastrous agendas in Congress. If we’ve missed anyone, please let us know.