Winning Back A Blue Seat In California Takes A Progressive 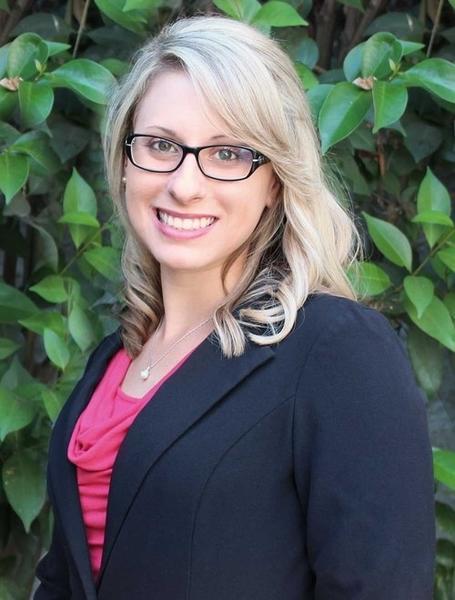 “Let’s create our own game– one founded on the ideals of integrity, sustainability, cooperation and realizing the promise of self-government. It’s not up to them– we’re the stewards of this democracy.” –Katie Hill, Blue America ’18 candidate in CA-25

Even the worst Democrats in Congress have caught on to the fact that railing against Trump is profitable. A case can be made that it is Debbie Wasserman Schultz who is responsible, at least as much as Putin or Comey, for installing Trump in the White House. And now she sends e-mails several times a week begging for money by robotically denigrating Trump. Being anti-Trump doesn’t mean a politician backs a progressive agenda. Wasserman Schultz, who opposes John Conyers’ Medicare-For-All Act, for example, and is still the poster gal for DC corruption, can be anti-Trump ’til the cows come home but that doesn’t mean anyone in their right mind should back her against progressive primary challenger Tim Canova.

As you’ve probably noticed, effective and sincere Resistance Leaders in Congress– people like Ted Lieu, Elizabeth Warren and Pramila Jayapal– aren’t just sending out fundraising emails for themselves; they’ve been putting together the foundations for what congressional resistance to Trump and Trumpism looks like. And every one of them has expressly acknowledged over and over that being against Trump isn’t the be all and end all to the progressive agenda. It’s become a key point Blue America talks about with the candidates we back.

Our newest endorsed candidate, Katie Hill, feels as strongly about it as we do. Her district– a blue Southern California seat– is held by knee-jerk, right-wing Republican Steve Knight, a proud TrumpCare supporter.

The district went convincingly for Hillary last year– 50.3-43.6%. But while Hillary was winning by over 6 points, the DCCC-imported candidate lost by close to 10 points. Another perfect example of an utterly clueless DCCC big-footing into a primary in a district they don’t know anything about. They spent about $3.5 million on their Beverly Hills attorney candidate and lost 54.2% to 45.8%. Reactionary Blue Dog Cheri Bustos, vice chair of the DCCC recruitment committee, wants him to run again. I’m sure Paul Ryan, Steve Knight and Kevin McCarthy do as well.

Blue America has just started raising money for Katie Hill today and we hope you’ll help her with a contribution towards getting her message out to voters.

She penned the following guest post for us that goes to the heart of why it’s so important for progressives to win congressional seats like CA-25. “Our nation stands at a crossroads,” she began. “Do we continue down the same self-destructive path we’ve been walking for decades? Or do we blaze a new trail into the future?”

Moving Away From The Politics Of Fear
-by Katie Hill

Donald Trump is not the problem. He’s the symptom of a damaged political consciousness in America.

Opposition politics have become the new normal. In 2010, Mitch McConnell declared the sole ambition of the Republican Party for “President Obama to be a one-term president.” While Democrats resisted the urge to give in to these schoolyard tactics at first, in 2016 they gave in and centered their entire campaign strategy around personal attacks on Donald Trump, rather than policy.

They played the fear card– to much less effect– and it lost. Big time. Which is why now is the time for us to move away from the politics of fear and into an affirmative political vision moving forward.

But what is our vision? We have a great, grassroots resistance that has emerged, but right now, all we’re doing is reacting to Trump’s every move. He is setting the agenda, maintaining the initiative, and we’re screaming on the sidelines.

It’s understandable. Trump is a disaster. He’s doing things that would have been unimaginable in any other time. He is putting our country at risk, going against our every value with every unhinged twitter outburst. We, of course, must resist.

But that’s not enough. We must be more than the anti-Trump party or we fail. Period.

It’s time for us to start screaming this from the rooftops. We can fight Trump at the same time, but we can’t stop looking ahead– because the fate of our party and, quite frankly, our country, depends on it.

It is time for a more affirmative political movement in our country. We’re not lacking the ideas, innovation or ingenuity; we’re lacking the political will.

Currently, the establishment is more vested in constant re-election campaigning and serving their corporate masters. That’s their game, but they can only play it if we allow them to. I hope you’ll join me on this journey because I know we can do this and we will make our government and our country better, together.