A More progressive Democratic Party In Rahm’s Chicago? Why Not! 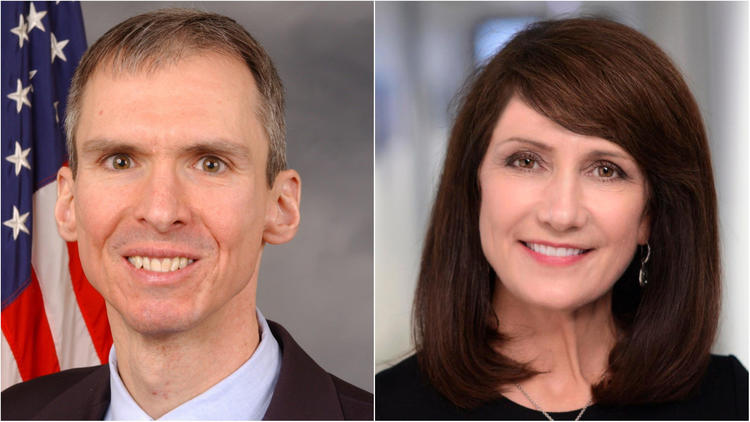 One of the hardest and most thankless tasks in electoral politics is primarying an entrenched incumbent of one’s own party. No matter how corrupt and awful the incumbent, the party establishment always rallies round the colleague and heaps abuse on the challenger. If in fact they overcome the odds and win, these challengers become among the most courageous and heroic members of Congress, as former Blue America candidates Matt Cartwright (PA), Hilda Solis (CA) and Donna Edwards (MD) were after they challenged and beat corrupt conservative Democrats who had gone bad.

Today there’s a race like that shaping up in a blue Chicagoland district, (Hillary beat Trump there 55.2% to 39.9%) between execrable far right Blue Dog Dan Lipinski and a constituent who has had quite enough of him, Marie Newman.

Lipinski, who inherited his seat from his father (before most voters even knowing his father had retired) is an anti-Choice fanatic who voted against the Affordable Care Act and has been one of the only “Democrats” in Congress to consistently support Ryan’s toxic agenda.

Medicare-For-All? Dan Lipinski is one of the Blue Dogs standing in the way of HR 676, AKA The Expanded & Improved Medicare For All Act, (which has 115 Real Democratic Member co-signers and counting) becoming actual Democratic Party policy. Marie is running on a platform that emphasizes it:

“Health care is a right and shouldn’t be dependent on how much money you make,” she told us when we talked to her about her campaign.”I support Medicare-for-All because every American deserves high-quality health care. As Republicans work to dismantle the little progress we’ve made towards health care for all, my opponent sits silent… in fact, voting against the ACA. We should be moving forward, not backwards when it comes to health care for all Americans.”

In 12 years as a Chicagoland congressman, Lipinski is still a Tennessean at heart and has been completely detached from his district and his own constituents. Once every two years, he claims to be there for working class voters, but his voting record shows he’s done nothing for them and has no understanding of who they are and what they need. He’s the ultimate careerist and for him, politics is all about what he can get, not what he can do for his district’s residents.

Marie told us that “Working families must be Congress’s number one priority. It’s time for a set of common-sense policy solutions to ease the burden on middle-class families. That means increasing the minimum wage to a livable wage, making child care more affordable, and improving the quality of education– from Pre-K to community college.”

Dan Lipinski is part of an antediluvian machine and seeks only to please his donors. Marie Newman comes from a very different place, and we’re very glad that she’s stepped up and pledges to represent actual people who live in her district:

“We all know money in politics has gotten out of control, and I’ve had the opportunity to witness is firsthand: my opponent gets 70% of his donations from special interests. It’s time to reverse the corrosive effects Citizens United has had on our political system and limit the power of corporations in influencing our elections. To practice what I preach, I’m refusing to take any money from corporations.”

Last week, Lipinski sat down with Ted Slowik, a respected local journalist with the Daily Southtown. Although Slowik pointed out that the vast majority of Americans– 89%, in a recent Gallup poll– consider using birth control to be morally acceptable, Lipinski is so ignorant and out of touch, that he believes birth control is “intrinsically evil.”

Isn’t it about damned time Democrats in the third district have a chance to elect someone who represents them? This guy is a DINO in two ways: a Democrat in name only and a real dinosaur!