The Koch Brothers Are Coming For Veterans’ Healthcare 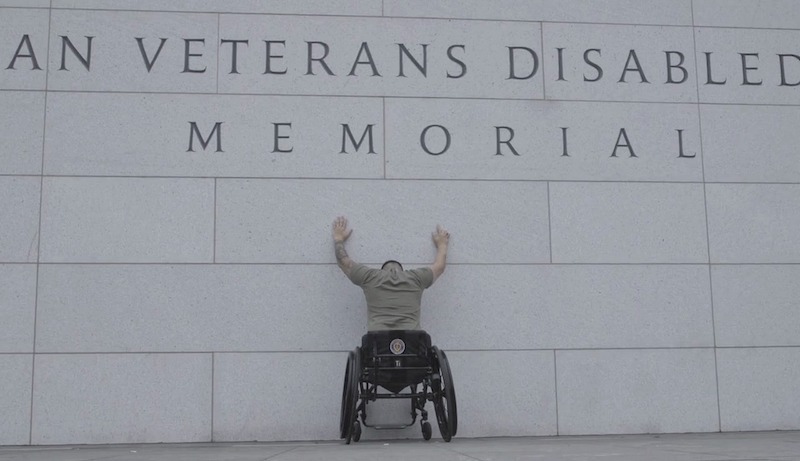 We hope you made it through the ‘end of the quarter’ e-mail hell ok. It’s over for now. This is about something important, not about candidates’ dumbed down, embarrassing personal pleas:

The Kochs, the billionaire class and Trump really do think they can stiff America’s veterans and get away with it.

Those #2ndGildedAge reprobates will be in for a hell of a shock next January when they see what Randy Bryce, James Thompson, DuWayne Gregory, Doug Applegate, Tom Prigg and Jared Golden are made of. They’re the current members of Blue America’s Progressive Veterans slate.

These aren’t just battle-tested veterans… they are progressives, committed to the real ideals that have traditionally made the Democratic Party an effective vehicle for the legitimate aspirations of our country’s working families. Please consider giving them a hand today– even if there is no FEC deadline.

After publicly humiliating VA Secretary David Shulkin; letting him twist in the wind as rumors swirled that he was on the way out– Trump finally tweeted Wednesday that Shulkin, the only Trump cabinet appointee who had been confirmed by the Senate 100-0, was out. A worst case scenario would have been the appointment of Pete Hegseth, the non-veteran Koch brothers’ cutout who has spent his career planning to destroy the V.A.

It has been a longterm goal of the Koch brothers, through their phony-baloney Concerned Veterans for America, to privatize the V.A. and cut services. The Kochs and their conservative congressional allies could care less that vets have been promised healthcare as part of their reward for serving the country.

Their privatization plans are meant to cut and cap healthcare services. The Kochs are demanding Trump do it NOW, before the Democrats win back Congress in November.

Many in Congress– on both sides of the aisle– understand that there’s a problem that has to be addressed, but that offering veterans unrestricted choice between the public healthcare system and private medical providers is not the solution. Far from it; doing so would quickly tank the whole system, exactly what the Koch network wants. Shulkin and most legitimate veterans groups prefer a program that offers private care when wait times get too long or if veterans live too far away from the facility they need.

Bernie Sanders cut right to the chase: “Republicans talk a good game about veterans, but when it came time to put money on the line for veterans, they were not there… There are people, the Koch brothers among others, who have a group called Concerned Veterans of America. Koch brothers, by the way, want to destroy Social Security, Medicare, Medicaid, every governmental program passed since the 1930s.”

In his NY Times OpEd on Wednesday night, Shulkin wrote that Trump fired him as Veterans Affairs Secretary because he opposed the Regime’s push to privatize health care for veterans. He contended that “successes within the department have intensified the ambitions of people who want to put V.A. health care in the hands of the private sector. I believe differences in philosophy deserve robust debate, and solutions should be determined based on the merits of the arguments. The advocates within the administration for privatizing V.A. health services, however, reject this approach. They saw me as an obstacle to privatization who had to be removed. That is because I am convinced that privatization is a political issue aimed at rewarding select people and companies with profits, even if it undermines care for veterans.”

“I have fought to stand up for this great department and all that it embodies. In recent months, though, the environment in Washington has turned so toxic, chaotic, disrespectful and subversive that it became impossible for me to accomplish the important work that our veterans need and deserve. I can assure you that I will continue to speak out against those who seek to harm the V.A. by putting their personal agendas in front of the well-being of our veterans.”

Randy Bryce‘s campaign in southeast Wisconsin is so strong that a day doesn’t pass that doesn’t see more speculation that incumbent Paul Ryan is planning a graceful exit for himself. One thing he doesn’t want to see on his public resume is that he was beaten by an everyman and iron worker. And @IronStache stands strong with fellow veterans. “When I returned home after serving our country,” he told us, “I worked alongside the government to help Milwaukee’s homeless veterans. I saw the real struggles facing our community and the real opportunities our government has to assist. Over my dead body will i let a draft dodger and a couple of profiteering crooks try and privatize our V.A.” 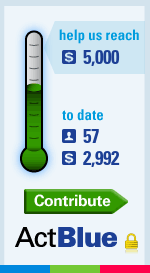 Jim Thompson is also running a strong grassroots campaign in a very red Kansas district and making tremendous headway. Issues like the Republicans privatizing the V.A. draws more and more people to check him out. “As a veteran myself,” he said, “this apparent move toward the privatization of the V.A. is not just horribly concerning, it is flat out wrong. Our government, through the V.A., owes this nation’s soldiers every bit of care and help they need. Our soldiers sign up to serve their country knowing they may have to make the ultimate sacrifice, the V.A. must not use them and their care as pawns for rewarding the people and companies who would profit from this move. If we have enough money to send soldiers to war, we sure as hell have enough to take care of them when they get back. Privatization just cannot be an option for our protectors because putting profits over people is unacceptable and our troops deserve better.”

DuWayne Gregory, the Chief Executive of the Suffolk County Legislature and an Army veteran currently running for the Long Island seat held by Peter King, was incensed when we spoke about Trump’s plans to privatize the V.A.– and not in the mood for compromising. ” As a veteran who has served our great country I fully understand the sacrifice our veterans make to fulfill their commitment. It would be a cold day in hell before I allow Trump’s and Peter King’s corporate agenda to exceed the needs of our veterans. Suffolk County has one of the largest populations of veterans in the country. These men and women served our country bravely and deserve to remain humanized and not become a data point for a corporate profit motivated agenda. In my opinion, we can not do enough to demonstrate our respect for our veterans, the least of which, should be quality-focused not profit-driven healthcare.”

We all witnessed what a ClusterF*ck the Privatized war in Iraq became. It would be a second tragedy to think the brave men and women who served though that hell (or any other engagement) would suffer the same sub-standard services and indifferent treatment in their home country. We must do better than this for our Veterans. With our slate of Blue American Progressive Vets in Congress, we can.

Please consider a donation for our fantastic Progressive Veterans on their ActBlue page.