The Case For Political Courageousness

Howie: A couple of weeks ago, we met Liam O’Mara, through my own lens. Now lets revisit him through his own. “I am running as a progressive populist in a red district in California,” he began. “I can hear the skepticism, the groans of exasperation– ‘What are you thinking, running as a progressive in a district that Trump took by twelve points?’ I’m glad you asked, because I think it is a model we should follow all across the country.” This is Liam’s guest post. Please consider contributing to his campaign if you like what he had to say. You can help Liam and other progressives running in California at the Blue America ‘CALIFORNIA– NOT BLUE ENOUGH‘ thermometer just below. 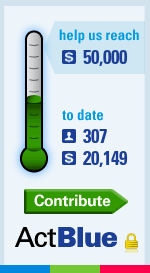 Much attention has gone to insurgent runs against Democrats by “The Squad,” but the same ideas can work in Republican strongholds if the messaging is clear. By sticking to progressive policies which address the economic interests of American workers– but framing those policies in ways that make sense to them– we can go back to winning elections all across the heartland, and finally have the numbers in Congress to address the major challenges of our time.

First, by way of introduction, I should note a few things about myself. I am a professor of history by trade, but I did not have a privileged upbringing– my father worked on the waterfront in the Port of Los Angeles / Long Beach, and my mother ran a daycare in her house. I was the first in my family to get a college degree, and my working class roots are an important part of my identity.

There is something to that kind of up-from-nothing success story which can appeal to us as Americans– but it is a myth. All nations have their own myths & dreams, and the Horatio Alger / rags-to-riches story is a part of our cultural mythos. Yet it has been such a rare occurrence that its pervasiveness owes more to the propaganda function of media than to reality. The path to riches is not laid out by hard work alone– or are we to believe that only 0.000002% of Americans work hard?

We all know that isn’t true, and Americans of all ages work hard to pay the bills and provide for their families. That’s what we’re really aiming for– to improve our own lot in life and make a better future for those who come after is. That’s the American Dream, and it is real. It has given generations of Americans, immigrant and native-born alike, an aspiration– to be better off than their parents, to have a home and a job and a retirement fund, to afford a family and maybe the occasional bit of time off!

That dream is dying. Or rather, it is being murdered by conservative and neoliberal economic policies which strip wealth from ordinary Americans and siphon it into the accounts of an oligarchic elite. As a historian, I pay close attention to the lessons of the past and the way they help to explain the present. Nothing about the Trumpist phenomenon has been a surprise; indeed, I have long argued that this turn towards neofascist populism was inevitable in the Republican party post-Reagan.

We live today in a world created by Reaganite policies– a world very like that of the Robber Baron era, when most of the country’s wealth was held in a tiny number of hands, and people today are finding it increasingly difficult to make ends meet. Nearly a trillion dollars was lost by the bottom 50% of the country in the last few decades. Meanwhile, the top few per cent have seen record-breaking levels of profit.

The media is lying when it talks about economic growth, because– let’s face it– the stock market and job-creation numbers do not paint a full-enough picture of what is happening. Despite higher levels of workforce participation and more education, Millennials earn less than Boomers did at the same age, and have a far higher cost of living. The reasons for this are not complex– wages have remained flat for nearly fifty years. As productivity levels have soared, poor tax policy has allowed those gains to translate into wealth for a few, and rising debt for the many.

It is this disparity in wealth which has made the Trump era possible. When the liberal orthodoxies only increase inequality and fears for the future, and no left-populist or socialist alternative is available, workers will drift into the arms of demagogues who offer simple solutions to their ills. It’s the immigrants! It’s China! It’s the fake news media! When people are hurting, and someone offers them an enemy, it is all-too-tempting to listen.

Trump’s rise was made possible, not by latent racism or by conservatism, but by the failure to articulate a rational alternative. An alliance with financial elites may have translated into some short-term successes in the 1990s, but even these were illusory– Bill Clinton won the presidency both times with less than half of the vote because an independent populist sapped votes from the two major parties. There was a lesson to be learned from Ross Perot’s “great sucking sound,” and unfortunately it was some in the Republican party who listened.

Income inequality lies at the core of the collapsing American Dream. What we need to be talking about is equality of opportunity– giving people the resources they need to pick themselves up and make whatever they want of their lives. This is what made America great! There is a real irony in watching a reactionary Republican party herald a past “golden age” of prosperity which was created by the very policies they most despise! Post-war America built a strong welfare state on the back of Franklin Roosevelt’s New Deal.

Republican and Democratic presidents alike, from Truman and Eisenhower, through Kennedy, Johnson, and Nixon, all accepted its basic outlines. Massive federal spending was supported by progressive taxation and steady growth. That growth itself was a result of tax policy, as it incentivized investment in the real economy and good pay for workers. Fordist logic– the principle whereby workers are paid enough to be able to afford your products– was the order of the day, and factory workers could afford a suburban dream-home just as easily as dentists and lawyers.

If we are going to fight back against the destructive influence of the Chicago School’s neoliberal economic ideals, we have to get back to talking about those bold liberal visions that created the middle class in America. And that means taking a class-conscious approach, reaching out to working class voters regardless of education levels, and telling them our ideas will make them richer– because they will!

Failure to heed this strategy has been disastrous for Democrats and for the country. Letting our emphasis on the workers slip has allowed a Republican party whose ideas are harming workers to claim their loyalty. We must get back to fighting for those same hearts and minds, and we can do that by talking about basic economics again, and showing the voters that we have a path forward that will help all Americans.

The United States was once a beacon of opportunity to the entire world– a place where anyone could make something of her or himself with a bit of hard work. Today the European Union has far higher rates of social mobility, and we are literally slipping backward– lower lifespans, less wealth, more debt. This is unacceptable. We are the richest country in the history of the world, and our quality of life is worsening year by year.

Trump’s brand of right-populism is a predictable outcome, and on our current course, it will only grow stronger. Climate change will cause refugee crises that future demagogues can exploit, for example. We stand to lose, not only our way of life and our living standards– now 16th in the world and falling steadily– but our very freedom.

We must fight back, and the way to do that lies in appeals to the working class. Literal socialists once did well in states like Oklahoma and Wisconsin, so why can’t social democrats mine that same territory? By linking together the concerns of urban liberals and rural workers, we can build a winning coalition that will tackle the systemic forces that are killing hope for the future.

It will take a positive message to push back against the nihilism of the anti-establishment Trump vote. We must not shame those voters– dismissing his electoral coalition as a “basket of deplorables”, sexists and racists, misses the point. Some are, sure. Others simply heard the man aim his message at the kind of voters who traditionally backed social democrats. We can win them to our side by reaching out and offering them hope.

Ah, hope, that elusive wisp of wonder that can motivate us as well as can fear! A focus on hope drove Obama to his first electoral success, while his reëlection was hampered by disillusionment over the continued decline in American fortunes. Wall Street recovered from the 2008 financial crash, but Main Street never did. We must learn the dual lesson there– hope works, but it must be paired with real policies to tackle the issues.

Since 1992, Democrats have surrendered most statehouses to Republicans, and have been often in the minority in Washington. If Democrats wish to retake the heartland, they must speak to the economic insecurities of the American people, and offer a path towards reclaiming the promise of the American Dream. The New Deal offers a template still, pointing us towards what this country could be under sane economic stewardship.

Working people know that they are being left behind, but it’s not the fault of immigrants, or machines, or college graduates, or any other convenient scapegoat. It is caused by incorrect tax policy and corporate regulation. We have the evidence for this– all that remains is to make our case to the people. A fifty-state strategy is in reach. We need only to extend our arm and seize it.

I have built my own candidacy on three core values: Integrity, Accountability, and Vision:

To the first, I can assure voters that I am my own man, and cannot be bought. I am not a tool of focus groups and consultants– I am who I am. To the second, I pledge to speak for the people and to the people– to hold regular town halls and to answer all questions put to me in person and electronically. Public servants are meant to serve, not to enrich themselves at our expense, and corruption is a bipartisan issue that gives clean-money candidates a way to reach conservatives.

As to the third, I will build on my academic background to present a path forward built on the bold visions that created the middle class, and show how social democratic policies can make us all richer, healthier, and freer.

We have the knowledge needed to make a case. There are hundreds of good candidates, untainted by the spiderwebs of corruption and ready to run. All they need — all we need– is your support.