Road to Taking Back Congress Starts in WA-08 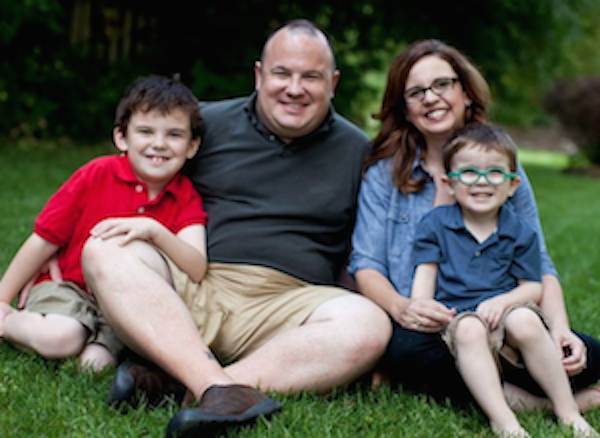 Blue America’s last endorsement of the 2014 cycle was Jason Ritchie, the candidate running for the Blue-leaning seat currently held by conservative Republican, Dave Reichert in a district that stretches from the suburbs south and east of Seattle all the way out to Wenatchee and Ellensburg. At the time, Ritchie vowed he would make a concerted effort to win the seat over at least 2 cycles. “I’ll be back in 2016 and we’re building the infrastructure, identifying the voters, and organizing to win now and in the future.” This year, Jason was Blue America’s first endorsement.

We’re asking you, again, to consider chipping in whatever you can to help Jason, a stalwart progressive.

Reichert remains a GOP hack, continuing to vote like a zombie– backing the Tea Party in their demands to shut down funding for the Department of Homeland Security to obstruct immigration reform, shutting down the government in 2013, suing President Obama and nearly 60 votes cast to gut the Affordable Care Act. Reichert, who may declare his candidacy for governor this year, has a clear record as a cog in the Republican Party obstructionist machine.

Jason’s platform continues to be advocacy of behalf of students in his support of America’s College Promise and reforming the student loan debt machine. Jason is speaking out on the dangers of the Trans-Pacific Partnership and urging his supporters to pay attention to the details of the proposal. Jason says “The challenges of climate change, wage stagnation, income inequality and social injustice will not simply resolve themselves. It’s up to us as progressives to demand change and fight for a more fair future for our country. We must stand up against those who would seek to allow corporate control over our economy and our political system to drive us further into oligarchy.

Jason told us that “the first duty of a progressive is to counter corporate influence and Big Businesses’ corrosive impact on our communities and middle class. This is the fight that I am committed to in 8th Congressional District of Washington State… I believe in fighting for middle class, family wage jobs. I strongly support the Affordable Care Act, I believe earned benefits like Social Security and disability must be protected and I strongly support women’s health care choices. Our social safety net must not be weakened, it must be reinforced.

The 8th Congressional District is one of 17 districts nationwide that was won by President Obama in 2012 but has a Republican representative. This district is a winnable, progressive district that we must turn blue if we are going to turn the House back to our side. Inexplicably, the DCCC has abandoned the district entirely, although they have indicated that if Reichert declares he’s running for governor, they will have one of their conservatives to primary Jason. So far though, Jason has an open shot for this race.

His campaign is already underway: “We have phone banks set up across the 8th Congressional District. We are identifying voters, growing our volunteer base and registering new voters every day.” He was a leader of the movement against the TPP in Washington, a state very divided over the trade bill, and he was willing to stand up against corporate Dems. Almost all Dems in Washington, though– as well as plenty of Republicans and independents– agree on one issue: the need for environmental protections.

“The 8th Congressional District,” he wrote, “is home to some of the most beautiful land in the world. From Snoqualmie Pass to Mount Rainier, we have an obligation to nurture and protect our environment especially from the dangers of global climate change. The Mountains to Sound Greenway run through the heart of the 8th Congressional District and is our responsibility to maintain and preserve. It is an essential part of our commitment to the environment and our promise to future generations. Maintaining this treasure to the region must be our shared goal.”

“Protecting local wilderness areas is just one part of defending our environment. As many members of the Republican Party continue to deny the existence of climate change, our planet comes closer and closer to the brink of ecological disaster. According to the EPA, rising temperatures are already affecting our local snowpack, stream flows, and forest cover, and we can expect worsening conditions if current trends are allowed to continue. The snowpack that our Cascades store every winter is expected to dwindle, threatening our agriculture, wildlife, and drinking water supply. Increased drought brings increasingly severe summer wildfires, and our already struggling salmon populations wouldn’t be able to survive in their remaining habitats. Pest and weed control are forecasted to become huge problems as well, which spells trouble for our local farmers. Climate change has far-reaching global consequences, and the potential damage to be inflicted on our own communities in particular motivates me to take action.”

This flies right in the face of the virulent anti-environmental approach Reichert, a Climate Change denier, has taken. Please consider helping Jason replace Dave Reichert and bring another strong progressive voice to the House of Representatives.