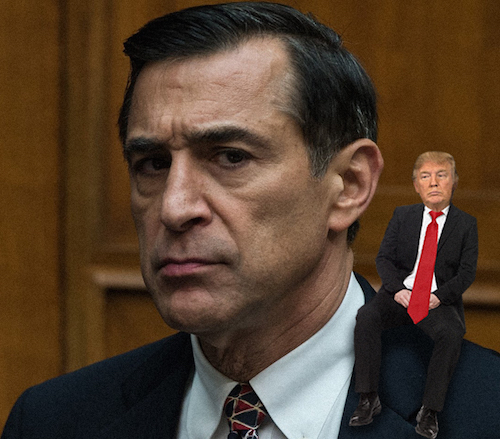 Recently I was getting to know two new congressional candidates running for seats held by Republicans in California. I asked one why he had donated so much money to John Kasich’s presidential campaign in 2016. He told me he “used to be” a Republican. And now he wants to be in Congress… as a Democrat? “Ex”-Republicans that were elected last year– Charlie Crist (FL) and Tom O’Halleran (AZ), for example– vote overwhelmingly with the GOP against progressive legislation, as “ex”-Republicans almost always do. Both have joined the Blue Dogs and the New Dems, the core of the Republican Wing of the Democratic Party. DO we really want more of that in Congress? I don’t; the DCCC certainly does. That’s exactly what they want in Congress. And they want you to help pay to put them there.

The other guy, running against a really reprehensible Republican is headed for the Blue Dogs too if he gets into office. When I asked him about healthcare policy he hadn’t spent any more time thinking about the issues than Donald Trump had. He wasn’t for Medicare-for-All and he quickly turned the conversation to something positive– his support for the Second Amendment and the important work the NRA does. I’m pretty sure he’s better than the Republican he’s running against but is that a candidate I want to contribute money to– or urge you to contribute money to? I don’t think so.

After Thursday’s 217-213 vote for TrumpCare and all that entails, a tremendous amount of energy was released on the left. It’s a shame that much of that energy went to raising money not directly for progressive candidates but to DCCC front operations that will use it for candidates like the ones above.

There are some great progressive candidates with compelling biographies and powerful ideas about moving America forward who are running against TrumpCare Republicans in districts Trump lost. Blue America has endorsed several so far– like Geoff Petzel, who’s running against Peter Roskam in a suburban Chicagoland district where Hillary beat Trump 50.2% to 43.2%, and Doug Applegate in the Orange and San Diego county district Darrell Issa calls home and where Hillary won decisively over Trump, 50.7% to 43.2%… and where Applegate came within around 1,500 votes of ousting Issa in 2016. These are widely targeted districts and many groups besides Blue America will be helping in them.

But there are also districts that I like to call Heroes and Villains Districts:
NC-11 is a tough district– very red… and the base for Freedom Caucus chieftain Mark Meadows, the congressman who turned the first horrible version of TrumpCare into the even worse monstrosity that passed Thursday. The DCCC is ignoring it because Hillary did so poorly there. Trump won it with 63.2%. But Bernie won that district too and would have done far better than Hillary did there. A Bernie organizer, a young farmer named Matt Coffay, founder of the Asheville Our Revolution group, is running against Meadows on a perfect progressive platform. Perfect. Up the road, another former Bernie activist, Jenny Marshall, a public school teacher, is running against another symbol of greed-and-hatred-driven reactionary politics, Virginia Foxx. Again, the DCCC has no interest in the district. And again, it was an area where Bernie excelled and where people are very open to his– and Jenny’s– ideas. These candidates need and deserve our support.

Another Heroes and Villains situation where the DCCC isn’t going to be on our side is down in South Florida, where Tim Canova is once again taking on the burden of holding accountable Debbie Wasserman Schultz, the symbol of all that ails the Democratic Party. “At this difficult time,” wrote Tim yesterday, “when we must unite against the dangerous and inhumane policies of the Trump administration, Debbie Wasserman Schultz has reminded us of her central role in preventing progressive reform and bringing on the implosion of the Democratic Party… As long as Wasserman Schultz remains in public life, there will be no party unity– and that’s because she has learned absolutely nothing from the setbacks and failures that she helped engineer.”

We’re all angry over the TrumpCare vote, but it’s important to remember that except for politicians like Wasserman Schultz wrecking the Democratic Party brand, it’s unlikely anything like Trump would have ever gotten anywhere near the White House.

Let’s contribute strategically, to solid candidates like Jenny Marshall and Matt Coffay in North Carolina, to Doug Applegate in California, Geoff Petzel in Illinois and Tim Canova in Florida. That’s how we make Congress a force for good– not by electing a pack of Blue Dogs the DCCC hopes to sneak by you.