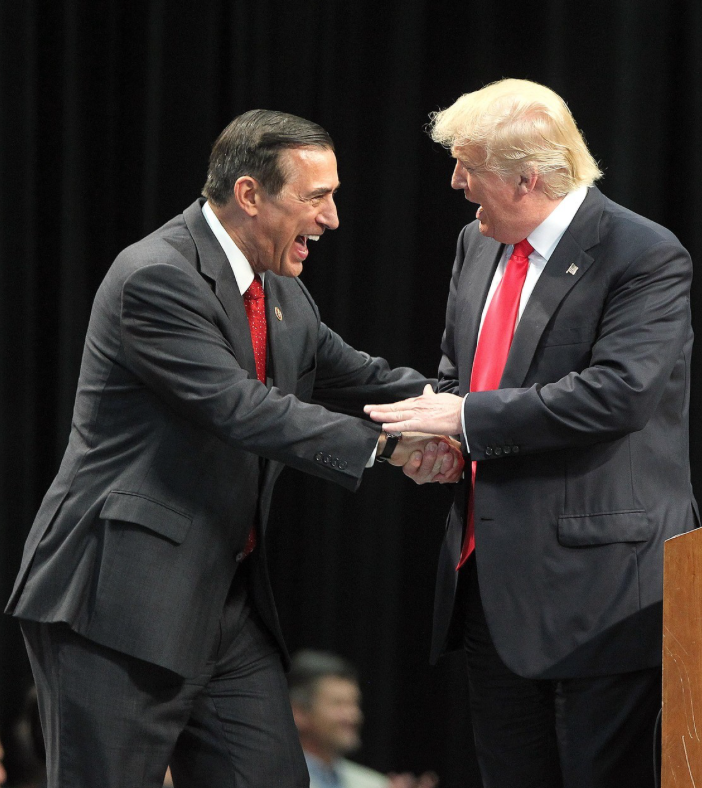 Paul Ryan got a budget bill passed Thursday night, albeit very narrowly– 216 to 212. Every single Democrat and 20 Republicans voted against it. And if just 3 more Republicans had voted NO it would have failed. Why should they have?

Well, passage allows for a quickie vote on Ryan’s tax cuts for the rich– which includes big tax increases for many middle class families. The worst hit will be middle class families in California, New York, New Jersey and other states with high state and local taxes. In some cases taxes will increase by $25,000 annually. That part of the Trump-Ryan tax bill is referred to as eliminating the state and local tax deduction. Lots of Republican congress members voted “no” in order to protect their constituents from these outrageous tax increases. BUT NOT ONE California Republican did.

There are 14 Republicans from California in Congress and none of them elected to join their Republican colleagues from New York and New Jersey who staged an attempt to force Ryan to keep the middle class deduction… NOT ONE.

Eric Bauman, Chairman of the California Democratic Party had this to say after the vote:

“In voting for the Donald Trump/Paul Ryan budget bill, every member of the CAGOP 14 voted to raise taxes on middle class and poor workers in Orange County, the Central Valley and all across California… just so they could give a huge tax cut to their billionaire paymasters and to appease Donald Trump. All 14 of them voted to take healthcare away from cancer patients and raise taxes on the rest of us, which they will turn around and hand to their ultra-rich patrons.

Darrell Issa, Dana Rohrabacher, Jeff Denham, David Valadao and the rest of their cronies are not just failing to do their jobs– they’re actively sticking it to millions of their own constituents, and hurting real people in the process. The people of California will not fall for this deceptive tax hike and the California Democratic Party intends to make sure every voter remembers this in 2018.”

All of the Orange County Republicans– Darrell Issa, Ed Royce, Mimi Walters and Dana Rohrabacher– are hanging on by a thread, so the collective decision to increase their constituents’ annual tax bill is probably a very bad idea.

In fact, even long-shot red districts like CA-50 (Duncan Hunter) and CA-22 (Devin Nunes) look like they could be offering unexpected opportunities: the former because of an unexpected but likely indictment and the latter because of Putin-Gate.

Kia Hamadanchy, one of the progressives running against absentee-congresswoman Mimi Walters:

“It’s remarkable to me how out of touch Mimi Walters remains with the residents of our district. I am out everyday at events, community meetings, and rallies and the support for Trump is abysmal– and I’m hearing that from Republicans and Independents, too. Yet just this week, Mimi told a reporter that, ‘It is very important that Republicans back the President… He stands for what we stand for.’ As far as I’m concerned, that means she stands with white supremacists and xenophobes and not the incredibly diverse and vibrant people of the district she is supposed to represent in Washington. If Mimi continues to be Trump’s rubber stamp, I don’t see any way she gets re-elected. She better start looking for her lobbying gig already.”

When it comes to kitchen table issues, there is no one in Congress fighting more ardently for working families than Ro Khanna (D-CA). He’s very interested in making sure Congress becomes bluer and more progressive. He told us after the vote that

“California Republicans are being forced to cast votes again and against against their constituents. They are having to choose between the people they represent and the Trump/Ryan agenda. As long as we run bold progressives who are rooted in the community and offer a positive vision, we should win many seats in California!”

Nor is that tax deduction conundrum the only one of Trump’s legislative proposals making reelection for the California GOP delegation look more and more like a long-shot. The Republican ultimate bête noire, ObamaCare, is not a bête noire for millions of California voters– including in GOP-held districts– who need it for their families. Efforts to repeal and replace Obamacare would lead millions of Californians to lose health coverage and premiums would skyrocket, according to the nonpartisan Congressional Budget Office.

And there are more issues that find California Republicans on the wrong side of the fence– from immigration to deadly military equipment being sold for private use. Trump’s polarizing effect on California’s electorate underscores the balancing act for Republicans headed into 2018.

Opportunities like this do not happen every cycle, or even every 4 cycles. We cannot let them get away. Will you contribute what you can today to the candidates on our page for making California more Progressively Blue?