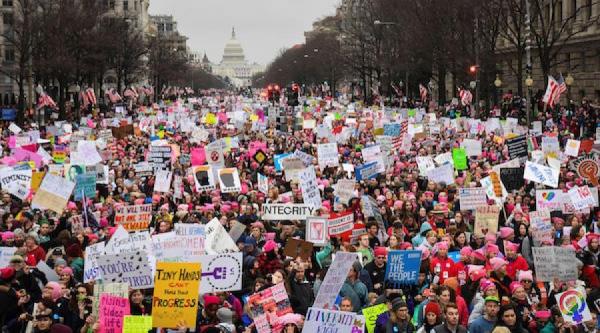 Allison Ikley-Freeman’s successful campaign for a state Senate seat in Oklahoma last week– a seat where Trump beat Hillary 61.4-32.7%– was in a very red district southwest of Tulsa. No one thought she had any chance at all. It’s the kind of area where the DCCC always says– and always wrongly– that only a rich Republican-lite Blue Dog could win. But Allison is a young progressive who was outspent 3-1, campaigning on a Bernie-like platform. And she’s a proud lesbian, married to an African-American. She doesn’t fit the DCCC model at all.

There are 5 Blue America-endorsed candidates we’re always always being told are in “impossible” races. None of them are as “impossible” as Allison’s race was. And all 5 are being run by exceptionally good candidates:

Since Tom Guild was the first person to tell me to watch Allison’s race in Tulsa, about a week before the election, I spoke with him about what her victory meant to his race on the other side of the state. He hit the nail on the head:

“We have knocked doors for more than 5 months and visited with thousands of good, hard working, incredible people in our district. They want to earn enough money to pay their bills and provide for their families. They want affordable health care and peace of mind when they or someone they love get sick and need medical care. They want dignity and security in their golden years. They want the heavy burden of college student debt lifted from their shoulders after scrimping for years and burning the candle at both ends to attain their educational goals. Government should lighten our burdens and help us on our journey. Many times today, government frightens decent and honest people by threatening to take away their health care or jobs or affordable loans or programs like Social Security or Medicare that they have paid into for decades. We need to elect people to public office who want to help people and not hurt them. Public servants should make people’s American Dreams attainable instead of throwing roadblocks in their way. I’m willing to do everything in my power to make each person’s dreams a reality. I’m willing to provide a hand up not a cold slap in my fellow Americans faces. Together, we can create positive change in America. To go fast, go alone. To go far, we need to take our journey together and support one another.  We must help each person arrive at their unreachable star and celebrate with them as they achieve this miraculous victory.”

Derrick Crowe is running in an Austin/San Antonio district due south of Tom’s. “The establishment,” he told us, “does not like to be proven wrong about past failures, and when you sign up to run in an ostensibly ‘red’ district,’ the groups in D.C. will tell you that you’re crazy. “Too red. Too conservative. Too long since the Democrats held the seat. Too much money on the other side”

Well, we just saw a socialist beat the former speaker of the Virginia statehouse, and a progressive member of the LGBTQIA community win in a solidly #MAGA district. It reminds me of the saying, ‘People who say it cannot be done should not interrupt those who are doing it.’ Well, we’re doing it. The progressive moment is here, the wave is barreling to shore, and people who want to run for office as progressive populists should step forward right now. There will never be another time like this, and you’ll never be able to do more good. And when people tell you it can’t be done, tell them it’s rude to interrupt.”

“People wish me luck when I tell them that I am running for Congress against Virginia Foxx. I tell them there is no luck about it, just hard work and a message that people believe in. The people in the 5th are struggling to make ends meet and they want someone who will fight for them. They want someone with the courage to stand up for regular folks and take on out of control corporate greed and Washington lobbyists. As I have traveled the district I have listened to story after story of medical care that is too expensive and jobs that pay too little. I have listened to veterans who can’t get the help they need and college graduates saddled with enormous debt. I sit and listen as they pour their life stories out and I can relate. I know what it is like to have more month than money, to worry about health care costs and student loan debt. As we trade stories, I talk about the changes I want to see in Congress and by the end I have another supporter. Over the past 11 months I have met thousands and thousands of people at all kinds of events. The overwhelming message back to our campaign is “run, Jenny run!”  So, I am running, but I am not alone. We are building a top notch campaign team with more volunteers and donations coming in daily so that we can knock every last door in the district to get our message out. I believe that with hard work and our grassroots organizing we will win in 2018.”

Dan Canon is an exceptionally accomplished candidate running in Indiana, a state the DCCC fears and, when they even try– always run a Blue Dog. Dan is far from a Blue Dog. “We are seeing on the ground,” he told us, “genuine excitement for real progressive politics, not just with Democrats and Independents but also with Republicans and those who have never been involved or even voted before. With Indiana’s abysmal voter turnout we know that if we get more people to vote, we win. Talking to over 40,000 voters already and registering over 4,500 new voters, we know that one-on-one conversations about progressive policies are what will win this race.”

James Thompson was ignored by the DCCC and the Beltway elites when he ran in a special election this year. But he came incredibly close to flipping one of those “impossible” districts, this one in the Wichita area. He’s running again and the DCCC is ignoring him again. (Fine… it’s an opportunity to elect a real progressive instead of the kind of retrograde Blue Dog that Luhan and Pelosi would prefer.)

James told us that “Something is only impossible so long as people believe it is so. As long as you believe in your cause and are willing to work, nothing is out of reach. No state is too red. No precinct too Republican. As Nina Turner recently told me, we need to be “hard on issues and soft on people.”

“This battle is not between Republican and Democrat; that is their narrative. The battle for our country’s soul is between the privileged princes of Wall Street/corporate class and the working people of this country. Working people exist in both parties and we need to come together as one to take back the power the billionaire boys club siphoned from us for decades with tax breaks and loopholes. When We the People stand together nothing is impossible.”

These kinds of seats, in a cycle like this, is exactly where the DCCC should be making big plays. They’re not. But we can. Want to help? Every donation absolutely makes a difference.

The only "ill will" here is their willful ignorance of the fact that you not getting vaccinated puts EVERYONE else at risk, including the responsible citizenry who did. Prove you can't get it. Are you 11?

Blue Dog Kurt Schrader, one of the most blatantly anti-working class Democrats in Congress, represents a nice blue district in Oregon. Heartbreaking to see solid local progressives be defeated when Bernie won handily there. #OR05 https://t.co/Brod66APdY