Why Do Republicans Fear Music? 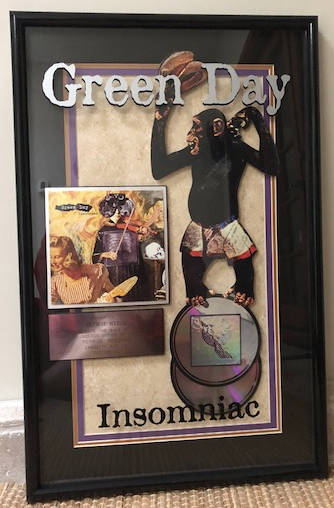 Lately the Republican Party has been slamming Democratic candidates for having been in bands in high school and college. Let’s face it, the arts have never been a conservative thing.

True, none of them attacked Sonny Bono for having been in Sonny and Cher before he became the congressman from Palm Springs but when it comes to Beto O’Rourke in Texas and Kara Eastman in Nebraska, you’d think they both had joined a terrorist group.

Conservatives fear change and they fear young people:
Kara’s communications director told me that Paul Ryan’s SuperPAC has been spending loads of corporate money in her Omaha district trying to villainize her for her college performance band.

“We find it ironic that the opposition would want to attack Kara, and Beto, for doing something many American teens do– join a band, sing songs about issues that matter to them, and express themselves through music. Congress would be a better place with more musicians, and while we were joking about a College Band Congressional Caucus, Kara is looking forward to working with politicians like Beto who lead with heart– and music.”

When Kara and I first met, Green Day came up. I was the president of their record label and she was a fan and friend. Her husband’s band, Horace Pinker, opened shows on a Green Day tour and Green Day stayed at their house after the first concert.

“For me, Green Day will always be the band we watched play in small clubs all over the world,” Kara told me. “How many people can say Tré Cool serenaded them in their apartment? Well, maybe a lot. The last time I saw them live, I paid $5 to get in. After that concert, I brought Billie Joe back to my friends’ house and to this day they still can’t believe they met the lead singer of Green Day. We’ve all come a long way from those days. Now, they are busy playing sold-out arenas with their political anthems, and I am running for Congress.”

“One thing,” she continued, “we still have in common though: Green Day and I are not fans of the Trump administration. A verse from one of Green Day’s newest songs, “Troubled Times,” says this:

“And we do indeed, live in troubled times. We cannot continue passing environmental issues off to our children to deal with later. The time to deal with climate change is now. Working families need to be paid a living wage, so they no longer have to work two or three jobs to make ends meet. They should be able to take sick leave when needed and have the time they need to bond with their babies after childbirth. Parents should not weigh the costs before seeking emergency care for their children, or skip preventative care because they can’t afford it. Prescription medications must be affordable. I’m not going to stop until I get into Congress and can work to ensure that we come out standing tall after these troubled times. There is so much work that needs to be done and you can help me accomplish these goals.” 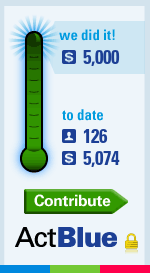 And… Blue America wants to help her get into Congress and help her accomplish these goals. We’re hoping to raise some contributions for her campaign by giving away a super rare RIAA-cerified double platinum award plaque for the 1994 Green Day hit album Insomniac.

Just contribute– any amount– to Kara’s campaign on this page, or by tapping the thermometer on the right, and you’ll be eligible for the random drawing. We’ll pick one person at random. If you give $2,000 you get a chance to get the platinum award. If you give $27 or $10 you get the same chance to get the award. (Yes, we’re Democrats, not Republicans; that’s how we roll. In fact, if you don’t have the cash to give and you want the plaque, just send a note to us at Blue America, P.O. Box 27201. Los Angeles, CA 90027 and you’ll have the same chance as everyone else.)

Many contributors want to know if their donation will help. There are no guarantees of course, but polling shows that the residents of NE-02, in Omaha and its suburbs, want a new congressmember representing them. The most recent polling shows a very tight toss up with Kara slightly ahead of Trump rubber-stamp Don Bacon– 50.7% to 49.3%.

If Kara can continue to get her message out, she will win this one. We need your help– whether you’re a Green Day fan or not– although, I should mention that Christmas is coming up and what a great present that plaque would make!

You can follow Kara Eastman for NE-02 on Twitter, and volunteer to help phone bank/door-knock/postcard/host an event for her campaign here.

We have some great TX progressives! Check them out here:#BlueAmericaTurningTexasBluehttps://t.co/hdhJetoCKL