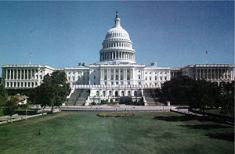 More and better Democrats….that’s the plan. And don’t think for a minute that the leadership isn’t getting very nervous. Blue America and its other ActBlue counterparts are having an impact on Washington DC, and we can’t do that without you.

On Tuesday night, two veteran Maryland congressmen became the first members of Congress to lose re-election bids this year, and the first significant notches on the belts of activists unhappy with party moderates.

For most incumbents, primary challengers generally aren’t much of a threat because they often struggle to raise money and improve their name-recognition. This year, however, several high-profile lawmakers are facing something of a scare. Republican presidential challenger Ron Paul has pulled back from his national campaigning somewhat to work on getting re-elected to his congressional seat in Texas, where he faces a challenge from a Galveston city councilman. In Ohio, Democratic Rep. Dennis Kucinich is facing four primary challengers and some grumbling back home in Cleveland that he has spent more time running for president than taking care of business for his district.

Matt Stoller, a prominent Democratic blogger, has launched a campaign against 39 so-called Bush Dog Democrats — House members who voted in favor of Iraq war funding and warrantless wiretapping — whom he considers to be unworthy of being in office.[..]

Criticized for his vote to authorize the war in Iraq, Mr. Wynn drew the ire of liberal activists and bloggers, who spent months dissecting his votes and examining fund-raising reports. Much of Ms. Edwards money came via donations on the Democratic fund-raising site ActBlue.com, but MoveOn.org also became involved, sending out a fund-raising email and asking supporters to held defeat “right-wing Democrat Al Wynn.”

“We’ll be working this fall for ‘more’ Democrats, but today we struck a blow on behalf of better Democrats,” wrote Markos Moulitsas Zuniga on the popular blog DailyKos.com Tuesday night. “Our caucus is once again on notice. If they continue to serve corporate interests rather than their constituents, if they insist on remaining aloof to the nation’s popular sentiment, they’ll get booted in a Democratic primary like Joe Lieberman in 2006 and Al Wynn in 2008.”

Sheriff Nelson is speaking to an anti-government extremist group this week whose members have shown up armed to the homes of public officials including a police officer. https://t.co/Q0DdQnA0j2