The Most Important Primaries Of 2018 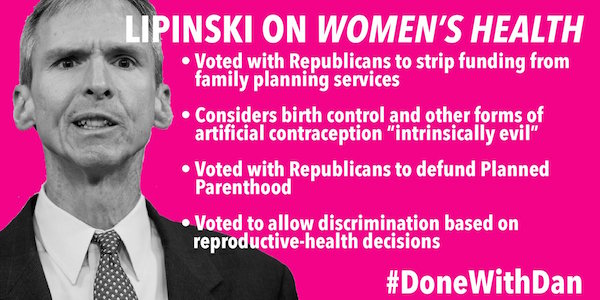 If you’ve been with Blue America for enough years, you’ll remember the excruciating battles we backed for Donna Edwards, Beto O’Rourke and Matt Cartwright when they took on corrupt old conservative Democrats in, respectively, Maryland, Texas and Pennsylvania. All three, running as reformers and progressives, prevailed. But there is nothing in politics more difficult, no task more painful– and few as important– as taking on an entrenched incumbent of one’s own party.

Each of those districts was solidly blue and the only possible accountability for bad behavior could come in the form of a primary. No Republican was ever going to beat Al Wynn in Prince George’s County (D+28), Sylvestre Reyes in El Paso (D+17) or even Tim Holden in northeast Pennsylvania (D+4).

All three had become untreated cancers on the Democratic Party but the institutional party circled the wagons around each to ward off the reformers. It was very painful for each of them, especially Matt and Donna who were screamed at and lambasted by the Democratic Party leadership. Pelosi and Hoyer raised money for the incumbents and spread malicious and malevolent lies about the challengers.

Blue America is backing progressives in a dozen primary races, but they’re not primaries against incumbents; they’re primaries among challengers vying for the nomination to beat a Republican. In an ideal world, every Blue Dog, every New Dem and every unaffiliated conservaDem would have to justify themselves to their voters every two years in issues-based primaries. But this year we’ve only found 4 so far that we’ve gotten involved with– in other words, plausible races against exceptionally bad Democrats by exceptionally good Democrats.

These are the four races:

Crowley, perhaps the most overtly corrupt Democrat in Congress, was the head of the Wall Street-owned New Dems before he was tapped by increasingly feeble-minded Pelosi and Hoyer to run the party after they’re gone. It’s almost impossible to imagine anything worse happening to the Democratic Party.  Although… Debbie Wassermann Schultz taking over the party– once a distinct possibility (she’s now more likely to take over a prison block)– might be worse.

Lipinski is just a garden variety Blue Dog: anti-Choice, homophobic, xenophobic, and a pawn of his corporate donors. He’s a co-chair of the House Blue Dog caucus and votes far more against crucial progressive legislation with the Republicans than with the Democrats. Gene Green, who represents an impoverished 77% Hispanic district in East Houston, including some of the most polluted areas of America, polluted, we should note by Green’s campaign contributors, whose interests he diligently serves.

Dislodging the Republicans from control of the House is everyone’s first priority. Getting rid of corrupt Democrats who make the party less attractive to voters who hate the Republicans and who perpetrate the myth that the Democrats can never be better than the lesser of two evils, should also be a priority.

Please consider contributing what you can to the special page Blue America has set up specifically to raise funds for progressive challengers to the worst of the congressional conservaDems. I hope there will be more before the cycle concludes, but this is a pretty impressive group so far.

Hector Morales, for example, is a school teacher in Houston who thinks it’s time to hold Green accountable for the pollution that has been making school children in his district sick year after year. “After sitting in Congress for 25 years representing special interests,” he told us, “it is beyond time to replace this corporate shill with someone who will always place the people first and will not make a career out of being a member of Congress. We can and will do better in March when we defeat Gene Green in the Democratic Primary for the 29th Congressional District of Texas.”

Upgrading the Democratic Party is as essential and banishing the GOP from control of the House. It will help break a cycle where the voters go back and forth on which party is really the lesser of two evils.